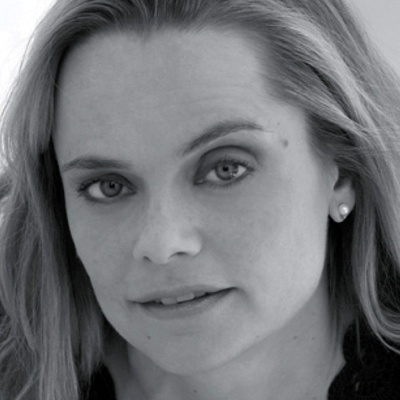 Amy Briggs has established herself as a leading interpreter of the music of living composers, while also bringing a fresh perspective to music of the past. Based in Chicago, she is a featured soloist and chamber musician on the Chicago Symphony Orchestra’s MusicNOW series (since 2000), and has played world, US and Chicago premieres of works by Pierre Boulez, Oliver Knussen, Augusta Read Thomas, David Lang, Simon Bainbridge, Tania Léon, Esa-Pekka Salonen, David Rakowski, and others.  She has appeared as a soloist and chamber musician throughout the United States, Europe, Asia, Africa, Australia and New Zealand.

Since 2000, Briggs has worked extensively with Boston-based composer David Rakowski. She has recorded four volumes of his Piano Etudes for Bridge Records to much critical acclaim.  The Chicago Tribune has called Briggs “extraordinary” in her “mastery of what lay on the dense, printed page and beyond,” and the Chicago Sun-Times called her a “ferociously talented pianist.” Of Volume One of the Rakowski Etudes, Classics Today says Briggs "does a splendid job projecting the music's wit, and her unflappable virtuosity makes even the densest writing sound effortless... a marvelous disc that piano fanciers should snap up without hesitation.” In addition, the New York Times praised her performance of the Berio Sequenza IV on the New York Philharmonic’s Day of Berio at Lincoln Center for its “live-wire intensity.”

Among numerous awards and honors are a coveted Artist Award from the 3Arts Foundation in Chicago (2008), a stipend prize at the Darmstadt Internationale Fereinkurse für Neue Musik (2000), and prizes in the Joanna Hodges and Frinna Awerbuch International Piano Competitions.  In 1993, she was selected by the United States Information Agency to tour Africa and South Asia as a United States Artistic Ambassador. Her solo recitals combined traditional repertoire with 20th century American music; today, her programs continue to connect composers from all eras and nationalities.

Briggs’s live and recorded performances have been featured on radio stations around the United States and Europe.  Recent performances include an all-John Cage program on the MITO Festival in Milan, Italy, New York Philharmonic’s Day of Berio in Lincoln Center, solo performances with the Chicago Symphony Orchestra and Hubbard Street Dance Company at Symphony Center in Chicago, and performances with Ursula Oppens and the Mark Morris Dance Company in Chicago, Toronto, Washington D.C. and Auckland, New Zealand. In addition to her solo recordings, Amy appears on a disc of multi-piano works of Edgar Varèse and Morton Feldman as well a disc of multi-piano studies of Conlon Nancarrow, for Wergo Records.  Briggs earned her Doctor of Music degree at Northwestern University, where she studied with Ursula Oppens.  She was appointed Director of Chamber Music and Artist-in-Residence at the University of Chicago in 2009.  Ms. Briggs is a Steinway Artist.