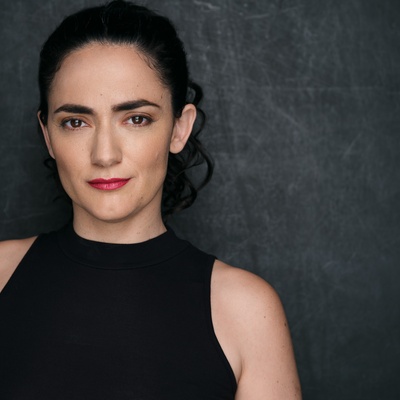 Cruz Gonzalez-Cadel is an award-winning actor born and raised in Buenos Aires, Argentina who received her degree in acting from the Universidad del Salvador. She is an ensemble member at Teatro Vista where she was seen in Hope: Part II of a Mexican Trilogy, The Abuelas, La Havana Madrid, and i put the fear of mexico in 'em. Other selected Chicago credits include Twelfth Night and Measure for Measure (Chicago Shakespeare Theater); Mary Shelley's Frankenstein (Lookingglass Theatre); the critically acclaimed Lela & Co. (Steep Theatre), which earned her a Jeff Award for Performance in a Principal Role–Play; Electra (Court Theatre); You on the Moors Now (The Hypocrites); and The Compass (Steppenwolf Theatre Company).

TV/Film credits include Fargo (FX), Chicago Med(NBC), The Chi (Showtime), Empire (Fox), and Batman v Superman: Dawn of Justice. Cruz was named one of the "Theatre Workers You Should Know" by American Theatre magazine. She is a proud member of SAG-AFTRA, where she serves as a newly elected Local Board Member, and AEA. She is represented by Stewart Talent. Cruz is deeply proud to call the city of Chicago her artistic home and is honored by this recognition from 3Arts.