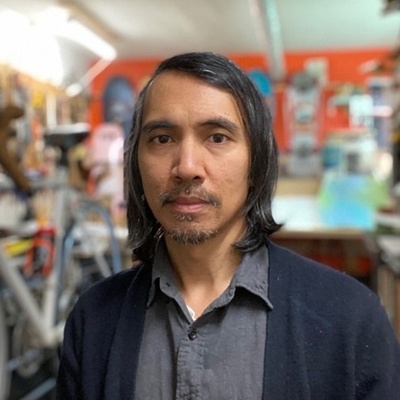 Regin Igloria is a multidisciplinary artist and educator based in Chicago. His drawings, artists’ books, sculptures, and performances portray the human condition as it relates to the natural environment and inhabited spaces. He has several years of arts administration and teaching experience and founded North Branch Projects, an organization that builds connections through the book arts. Igloria has taught at places such as Marwen, Rhode Island School of Design, The School of the Art Institute of Chicago, Snow City Arts, and Carthage College. He is a recipient of a 2011 3Arts Award, as well as local, national, and international grants and support through artist residencies, and has exhibited internationally. He received his MFA from Rhode Island School of Design.

Regin Igloria has crowd-funded a project with 3AP