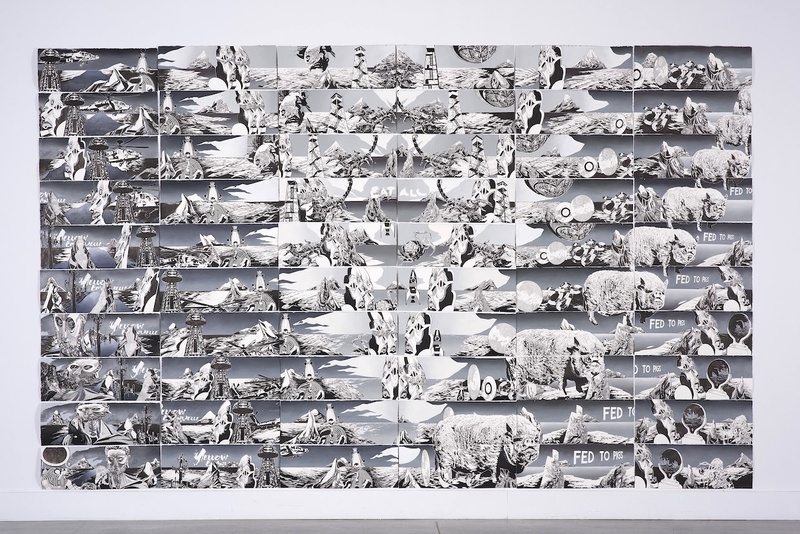 Damon is among several artists and artist-collectives exhibiting work in Remaking the Exceptional: Tea, Torture, and Reparations | Chicago to Guantanamo on view at the DePaul Art Museum now through August 7. The exhibition “marks 20 years since the opening of the United States’ extralegal prison in Guantánamo Bay, Cuba by examining the local and international ramifications of state violence.”

What to Send Up When It Goes Down, a joint presentation by Congo Square Theater and Rebuild Foundation is running March 31 – April 16 at Gray Chicago (2044 W Carroll) and April 21 – May 1 at Stony Island Arts Bank. The intimate, interactive show is directed by Ericka and features Sydney as the Set and Props Designer.

Will’s album “Dreams of a New Day- Songs by Black Composers” with pianist Paul Sanchez is nominated for a 2022 Grammy Award for Best Classical Solo Vocal Album. Tune into the 64th Annual Grammy Awards on April 3 for the results.

On April 4, Shanta is performing in the First Monday Jazz series at the Green Line Performing Arts Center (329 E Garfield Blvd). The performance is live and in-person and proof of vaccination or a negative COVID test is required to attend.

On April 5, Andrea will be in conversation with Assistant Curator Gibran Villalobos at the Museum of Contemporary Art Chicago for the annual Sara Albrecht Artist Talk. Andrea will discuss her 2014 work Ink Babel, recent and upcoming projects, and the founding of the Center for Native Futures. This event is virtual and requires registration to attend.

“Yemandja: A Story of Africa”, a new musical theatre work by and starring vocal legend Angélique Kidjo will be presented at the Board Stage in Santa Monica, CA from April 14-16. The show is directed by Cheryl with production design by artist Kerry James Marshall.

From April 14-September 4, Aram’s solo exhibition Talking Back to Power: Projects by Aram Han Sifuentes will be at the Skirball Cultural Center in Los Angeles. The exhibition explores “ideas of identity, power, and belonging in the United States [and] presents garments, banners, samplers, quilts, and sculptures that highlight American immigrant experiences.”

On April 16, Mabel performs with her new experimental group, Honestly Same, in the Side Yard Sounds performance series at Compound Yellow. Honestly Same is described as “an amplified acoustic and synthetic quintet that improvises patient and contemplative music.” Concerts are performed outdoors in the Compound Yellow yard space.

On view now through April 29, a new Spotlight Series curated by Larry is being presented at the Chinese American Museum of Chicago. The current show features Laura Lynn Hsieh: Mahjong and Dumplings, with ceramics and video work.

On April 22, Dee performs with the Alexander/McLean Project at Studio5 in Evanston. She’s joined by acclaimed guitarist/lyricist John McLean along with a small ensemble to perform original compositions.

The Smithsonian’s National Portrait Gallery has announced the finalists in its sixth triennial Outwin Boochever Portrait Competition. Their work will be presented in “The Outwin 2022: American Portraiture Today,” a major exhibition premiering at the National Portrait Gallery from April 30 through Feb. 26, 2023, before traveling to other cities in the United States. A press preview will be held on April 29 at 10 a.m.