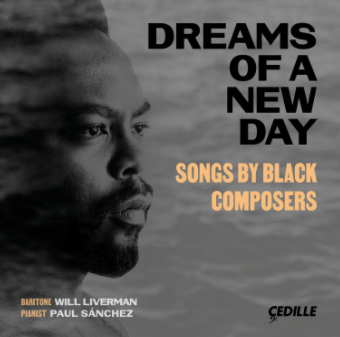 LAKSHA DANTRAN (2019 3Arts/HMS Fund Awardee)
As a recent member of the She Wolf artist community, Laksha will be among the performers on February 20 in “She Wolf Sacred Movement: Re-Claiming,” part of a virtual performance series focusing on personal and collective transformation through movement.

WILLIAM ESTRADA (2016 3Arts Community Awardee)
William is a newly announced recipient of a 2021 Radicle Studio Residency at Hyde Park Art Center. Residents are provided free studio space all year where they make work, research new projects, have access to the Art Center’s international network of artists and resources, and connect with the public.

BEN LAMAR GAY (2018 3Arts/Stan Lipkin & Evelyn Appell Lipkin Awardee)
As one of the recipients of a 2019-20 residency at Arts + Public Life, Ben was featured in this short video talking about his “write on” jam sessions and other activities related to his residency experience.

RIVA LEHRER (2008 3Arts Awardee)
On the heels publishing her acclaimed debut memoir, Golem Girl, Riva was featured in this recorded conversation with Lawrence Weschler for the Chicago Public Library.

WILL LIVERMAN (2017 3Arts/Stan Lipkin & Evelyn Appell Lipkin Awardee)
On February 12, Will celebrates the release of his debut full-length album, Dreams of a New Day—Songs by Black Composers (Cedille Records). NPR’s Classic Music editor highlighted it as one of his top picks of the new year, citing Will’s “velvety-voiced baritone” and noting “the way Liverman delivers the words ‘Emanuel AME Church’ is breathtaking.”

TEKKI LOMNICKI (2008 3Arts Awardee)
Tekki will be performing in “Liminal Spaces” along with other Tellin’ Tales ensemble members as part of the 2021 Fillet of Solo festival produced by Lifeline Theatre from February 8 - 28. Check the link for full festival details, including dates and times for individual performances.

HUONG NGO (2020 Next Level/Spare Room Awardee & 2018 3Arts/Reva & David Logan Foundation Awardee) and ANNA MARTINE WHITEHEAD (2018 3Arts/HMS Fund Awardee)
On February 8, Huong and Martine join fellow Chicago artist Maria Gaspar in the Hanes Visiting Artist Lecture Series hosted by the University of North Carolina-Chapel Hill’s College of Arts & Sciences. They will present a joint talk online entitled “Sousveillance and How to Think Like a Forest,” exploring their respective takes on themes of liberation, surveillance, and belonging in the spirit of a collective building of knowledge.

JUMAANE TAYLOR (2019 3Arts/Stan Lipkin & Evelyn Appell Lipkin Awardee) and VERSHAWN SANDERS WARD (2013 3Arts/Southwest Airlines Awardee)
Jumaane and Vershawn are among 20 artists invited to participate in “10x10 Crossbody Collaborations,” a series that pairs ten Chicago Dancemakers Forum Lab Artists and ten Hubbard Dance Company performers. Each duo will document a collaborative process on social media, with no expectation of a final product or piece. Jumaane is paired with Adam McGraw, and Vershawn is paired with Andrew Murdock. Follow the series on Instagram with #10x10 and #CrossbodyCollaborations from February 8 – March 19.

BETHANY THOMAS (2019 3Arts/RH, Restoration Hardware Awardee) and ANNA MARTINE WHITEHEAD (2018 3Arts/HMS Fund Awardee)
On February 8, Bethany and Martine are among the headlining artists at THAW 2021: Abundance, an annual fundraiser for Links Hall and a celebration of Chicago’s performing arts community. The event is co-directed by Make a Wave artist Erin Kilmurray and also features fellow awardee Ayako Kato and many others in pop-up performances throughout the night.

SANTIAGO X (2019 3Arts/Chandler Family Awardee)
The American Indian Center and Santiago X recently launched a campaign to help fund the construction of Coil Mound, a new earthwork that will be installed in Chicago’s Horner Park. As stated in the press release: “The Coil Mound is a celebration of the connection between the peoples and the waterways of the Chicagoland area. The placement of the mound, on the western banks of the Chicago River, is a deliberate choice to help demonstrate this connection, while inviting the visitors to participate in the relationship of people to the water.”