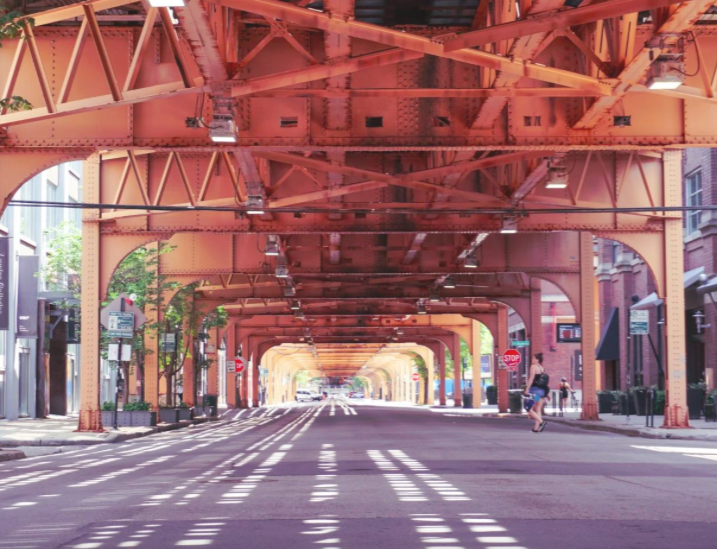 Straight Down Franklin, 2020. by Justin Cooper

JO CATTELL (2016 3Arts/Perkins Coie Awardee)
Available now, Jo is featured in a recent Pivot Arts Podcast focused on “Virtual Reality in Performance.” In this interview, Jo talks about her recent “Hummingbird” work as part of Goodman Theater’s New Stages Festival and new things in the works, including an immersive reimagining of Shakespeare’s King Lear currently in development with San Francisco State University.

ANDY SLATER (2018 Bodies of Work Fellow)
Available now, check out this short and fun video made by Andy Slater for YOUMedia, in which he gives tips about describing images for Blind and low vision audiences.

DAMON LOCKS (2019 3Arts/Reva & David Logan Foundation Awardee)
Available now, Damon is part of Lastgaspism: Art and Survival in the Age of the Pandemic, a book published by Anthony Romero, Dan S Wang, and Daniel Oliver Tucker via Soberscove Press. The book is a collection of interviews, critical essays, and artist portfolios discussing the public health crisis effect on racial justice and artists and arts workers.

TEKKI LOMNICKI (2008 3Arts Awardee)
Tekki and the Tellin’ Tales Theatre ensemble are among numerous performers at this year’s Fillet of Solo Festival, presented by Lifeline Theatre. The event celebrates Chicago’s enduring storytelling and live lit scene with a virtual festival that brings together 10 storytelling collectives and 27 solo performers from all over the world in an online gallery of powerful, personal stories. Purchasing a streaming ticket provides access to view the festival at your leisure now through February 13.

HEATHER GILBERT (2012 3Arts Awardee) and CHRISTINE PASCUAL (2018 3Arts/Lakeside Bank Awardee)
Both Heather and Christine are on the design team for the world premiere of Relentless, now playing through February 26 onstage at Theater Wit, presented by TimeLine Theatre Company. Heather designed the lighting and Christina designed costumes in this period piece. “Chicago playwright and TimeLine Theatre Company Member Tyla Abercrumbie weaves a mother's past with her daughters' present in Relentless, a centuries-spanning tale of family, legacy, and progress set in the Black Victorian age, receiving its world premiere after a nearly two-year delay.”

SYDNEY LYNNE THOMAS (2020 3Arts/HMS Fund Awardee)
Sydney is creating the scenic design for Queen of the Night, directed by Ken-Matt Martin at Victory Gardens Theater from January 29 through March 13. “A divorced father and his queer son head to the woods of southeastern Texas to relive the camping trips of earlier, easier days. But even without cell service, certain things are inescapable. Playwright travis tate explores masculinity and queerness through the lens of multi-generational Blackness, offering a hilarious, heart-rending family portrait about reckoning with the wilderness of a shared past, while facing an uncertain future.”

JUSTIN COOPER (2021 Bodies of Work Fellow)
From February 4 – July 2, Justin presents Through My Lens, a solo exhibition at Gallery 400 that “chronicles the artist’s wanderings and engagements with various accessible and inaccessible sites in Chicago’s neighborhoods and beaches.”

DEE ALEXANDER (2012 3Arts/Southwest Airlines Awardee)
On several dates this month, Dee is performing with her collaborator, John McLean, as the Alexander/McLean Project. Catch this duo at the Jazz Showcase during February 10 – 14.

JAMES SANDERS (2017 Make a Wave Artist)
On February 11, James celebrates the release of Evidencia, an album of new material featuring James on violin with his Conjunto group of Afro-Latin jazz players. The album release will take place in-person or via livestream at Constellation.

KELLI SIMPKINS (2013 3Arts/Merrill Lynch Awardee)
Kelli performs in the cast of The Lady from the Sea by Henrik Ibsen February 25 through March 27 at Court Theatre. “When a sailor returns to fulfill their promise, a lighthouse keeper's daughter must choose between her landlocked marriage and the mesmerizing allure of the sea. Hailed as a watershed moment in Ibsen's writing, The Lady from the Sea dissects issues of duty, marriage, and agency with raw emotion and disarming resonance.”

BEN LAMAR GAY (2018 3Arts/Stan Lipkin & Evelyn Appell Lipkin Awardee) and TOMEKA REID (2016 3Arts/Southwest Airlines Awardee)
On February 26, Ben and Tomeka are performing sets in the 2022 Frequency Festival. In the evening’s first half, Tomeka has assembled a string quartet to join her in performing rare works and arrangements by Julius Hemphill. For the second half, Ben is joined by poet Krista Franklin, percussionist Sam Scranton, and bassoonist Katherine Young for an improvised set, the first as a quartet for these likeminded musicians.