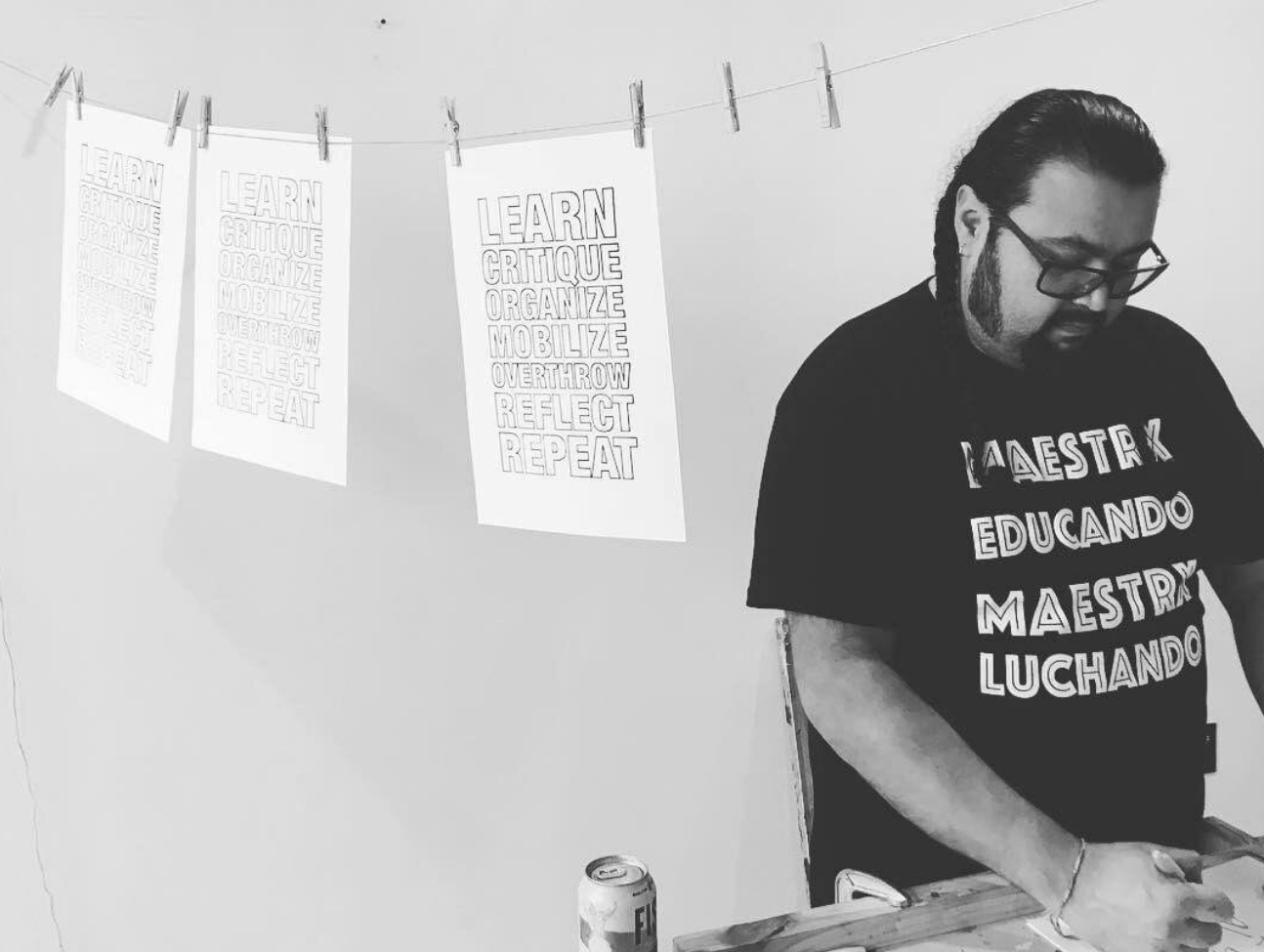 REGINA HARRIS BAIOCCHI (2011 3Arts Awardee in Music)
On July 8, Regina’s compositions will be performed as part of the 6Degrees Composers Showcase presented by Hothouse. Additionally, video recordings of two of Regina’s works are now available on Youtube, including “Tightrope” performed by pianist Marianne Parker and “Miles Per Hour” performed by trumpeter David Koch.

WILLIAM ESTRADA (2016 3Arts Community Awardee in Teaching Arts)
William contributed an original, personal essay for the Arts for Illinois website. “My practice as an artist and educator is a constant reminder that we need to create disruptions and opportunities for people to engage in play. Creating opportunities that invite adults to be curious, to ask questions, to tell their story, to make mistakes.”

HEATHER GILBERT (2012 3Arts Awardee in Theater)
Heather won a prestigious Drama Desk Award for her work as lighting designer on The Sound Inside starring Mary-Louise Parker.

MIERKA GIRTEN (2013 3Arts Awardee in Theater) and MICHAEL PATRICK THORNTON (2009 3Arts Awardee in Theater)
From July 1- 31, A Red Orchid Theatre and Porchlight Music Theatre co-present War of the Well(e)s, an audio drama inspired by Orson Welles’ 1938 recording of the HG Wells book The War of the Worlds. Mierka and Michael are among the cast members.

NICOLE MITCHELL (2011 3Arts Awardee in Music)
Nicole collaborated with fellow composer and improviser Lisa E. Harris on a new recording called EarthSeed inspired by the work of Octavia Butler. The release is described by the FPE label as “a beam of light through dark times, an urgent statement but also playful, offering wit along with wisdom, and laughter within the lessons.”

JUAN-CARLOS PEREZ (2017 3Arts/Chandler Family Awardee in Teaching Arts)
Described as “a soft-spoken powerhouse of an artist,” Juan-Carlos is a featured interviewee on this podcast called Studio Confessions hosted by Brooklyn-based artist Luis Martin. In this interview, Juan-Carlos talks about the experiences that shaped his understanding of racial issues and how that plays out in his artwork.

AVERY R. YOUNG (2012 3Arts/Merrill Lynch Awardee in Teaching Arts)
Avery is among 100 Chicago poets invited by Big Shoulders Books to take turns writing a communal poem about the city’s gun violence, as “a collective response to the individual suffering behind the statistics.” The book, entitled American Gun: A Poem by 100 Chicagoans, is available for pre-order now.