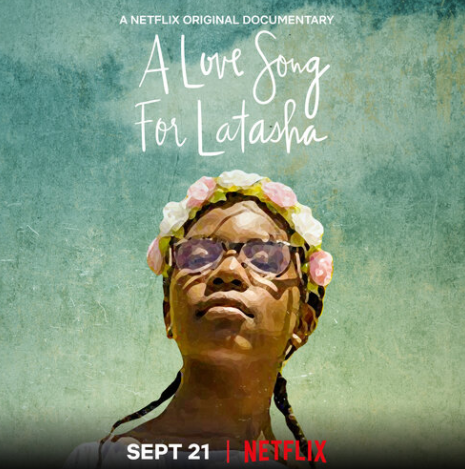 Promotional image from "A Long Song for Latasha," film by Sophia Nahli Allison

SOPHIA NAHLI ALLISON (2014 3Arts Awardee)
Sophia’s critically acclaimed film A Love Song for Latasha (2019) is shortlisted for an Academy Award in the category of Documentary Short Subject. Available on Netflix, the film is a moving tribute to 15-year-old Latasha Harlins, whose shooting death became a flashpoint for the 1992 civil uprising in Los Angeles. The Oscar awards presentation is April 25.

T. AYO ALSTON (2018 3Arts/Southwest Airlines Awardee)
On March 5, Ayo and company members from Ayodele Drum and Dance company will be the featured guests in the “Legacy Conversation Series” presented by the Chicago Black Dance Legacy Project. Moderated by Dr. Queen Zabriskie, the conversation will provide an opportunity “to delve into the stories of creative leaders and their companies, and the significant impact their legacies have made in Chicago and beyond.”

REGINA HARRIS BAIOCCHI (2011 3Arts Awardee)
In this online recording, pianist Sarah Cahill performs the world premiere of “Piano Poems,” a new work she commissioned by Regina. The piece is divided into distinct movements, each inspired by a different poet, including Gwendolyn Brooks, Richard Wright, and Regina herself.

ALEXANDRIA EREGBU (2016 3Arts/Allstate Awardee)
Alexandria presents an 8-day online presentation of her 3AP-funded project MMIRI: Origin Stories, an experimental film that offers a fresh interpretation of the creation story, drawing on traditional West African tales and a contemporary fantastical imagination. The film was directed by Make a Wave artist, Devin Cain, and can be viewed online from Feb 24 – March 3.

DORIAN SYLVAIN (2020 3Arts Community Awardee)
Dorian is among ten artists participating in the Seeds in My Pocket exhibition and project, presented at Chicago Art Department. Dorian worked with fellow artist Pablo Serrano to invite a “symphony of voices” to showcase the cultural influence of Black migrants and Mexican immigrants in South Shore and Pilsen. The exhibition is on view by appointment from March 5 through May 30.

AMANDA WILLIAMS (2020 3Arts Next Level/Spare Room Awardee & 2014 3Arts/Stan Lipkin & Evelyn Appell Lipkin Awardee)
Amanda is among ten artists, designers, and architects presenting newly commissioned works in Reconstructions: Architecture and Blackness in America, a multifaceted presentation at the Museum of Modern Art (February 27 – May 31). The project website provides information on the works and the artists, an audio playlist of interviews and other material, and more.