Color(ed) Theories is a new publication that will compile photographs, anecdotes, and essays archiving my 2013-2015 site-specific painted house installations called Color(ed) Theory. The publication will artfully present the extensive documentation created throughout the project, along with essays that touch upon the many themes and discussions that emerged from it. The original project involved painting soon-to-be demolished homes on Chicago’s south side using a palette of eight culturally-coded, monochromatic colors. I amassed hundreds of photographs of the house paintings in progress as well as demolition of several of the homes. The rapid pace of the project left little time to review or sort through all of the imagery. The project also sparked informal, serendipitous, and provocative dialogues across many different communities. While there is aesthetic and conceptual value in the temporal nature of the project, it also merits a type of permanence and deeper contemplation that a book like this can offer. With the funds from this campaign, I hope to make a publication that imaginatively translates the colorful spirit of the project into an archive that is rich with documentation, reflection, and further inquiry.

I am a visual artist who was trained as an architect. My creative path has been heavily influenced by the urban landscapes I traversed as a child growing up in the Auburn Gresham neighborhood of Chicago’s south side. I am deeply invested in creating works that help me better understand the relationship between color, race, and space. My Color(ed) Theory project has been a watershed moment in my artistic practice; helping me bring questions about painting and architecture together. What color is urban? What color is gentrification?

At their core, the houses in Color(ed) Theory mark the pervasiveness of neglected and undervalued Black city space. It was intended to be an open-ended conversation with the immediate neighborhood about the value of place and the potential for personal agency. It has since gained widespread visibility and now requires a companion archival document as the houses continue to be demolished. The temporal nature of the way the work was created and the intensity of the process have made it hard to pause and take stock of the many new ideas that emerged. The creation of this publication, Color(ed) Theories, will allow just such a pause. It will also allow me to commission essays by noted historians, critics, artists, and others on topics ranging from advertising to color and fashion, to the politics of space and race.

On a more personal level and as an artistic endeavor, the full-scale paintings in this project required directly marking architectural surfaces, thus helping me contemplate the distance between representation and abstraction. Color(ed)Theory opened me up to an unfathomable number of ways the project resonates: from academic understandings of color to prescient questions about community and the future of cities. Having a permanent record of this organic process is an invaluable moment for the project itself, and will capture meaningful moments that emerged from the project’s 2.5 year process.

Documentation and archiving of temporal artwork is a critical but often overlooked part of the artistic process. The houses did not paint themselves, and I could not have realized my dream without the support of a dedicated collective. Likewise, the Color(ed) Theories publication will not produce itself. It is important that the realization of the book that accompanies this visual conversation also be collaborative. I am now reaching out to all of you to help me complete the final phase of the project. With your investment, I will be able to cover essential aspects of engineering an entire book from scratch, including graphic design, commissioning essays, printing, and distribution. 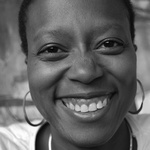 Amanda Williams is a visual artist who trained as an architect. Williams’ creative practice employs color as a way to draw attention to the complexities of race, place, and value in cities. The landscapes in which she operates are the …