With your support, I am excited to record my début album, entitled My Charming Murderer. As the founding pianist of the ensemble, Eighth Blackbird, now celebrating its 20th season, I have made over a dozen commercial recordings, including 4 albums that received Grammy awards for best chamber music performance. While dedicated to my group, I am keen to advance my work as a composer and individual artist as well. This album will feature music written for me and new works of my own. Compositions and performances by guest artists Nico Muhly, Michael Ward-Bergeman, and Matthew Duvall will highlight the musical connections I have with some of my dearest friends, who are amazingly talented at what they do and who I am honored to have as my esteemed collaborators on this project. This album also gives me an opportunity to explore more terrain as a composer, which I have recently taken up again after a long hiatus. Funds contributed to this campaign will be critical in helping to cover production costs, guest artist fees, album artwork, marketing, and manufacturing. Thank you for sharing in this journey to help make my project a reality.

This recording will feature music written for me by my good friends Nico Muhly, Michael Ward-Bergeman, and Amy Beth Kirsten, as well as performances by guest artists. Nico Muhly has written a brand new solo piano piece for me called Perpetual Motion. The title of the album, My Charming Murderer, comes from a song of the same name that Amy Beth Kirsten wrote. It comes from a large theater piece written for Eighth Blackbird called Colombine’s Paradise Theatre, in which I play the role of Colombine and sing this sad, beautiful, and honest lament about love. I had never sung a straight-up song during any performance before, and while it was scary at first, I ended up loving it. For this recording, I’ve made an arrangement of it for piano, voice, and percussion so that my good friend and colleague Matthew Duvall can join me on it. Matthew will also perform a duo arrangement I made of David Lang’s wed.

Another new piece on the album is by Michael Ward-Bergeman called Mississippi. This is an arrangement of an original song that Michael wrote after spending an entire year playing concerts every single day. He spent a lot of time near the Mississippi River and later wrote a song about that experience. I loved the simultaneous depth and simplicity of Michael’s original song, and I asked him to make this solo piano version. Michael is an incredible accordion player, and he and I also plan to record a duo he wrote for the two of us called Chamamé Federal. Lastly, in the past five years I have started composing again. My album will feature two new pieces of my own: a short Berceuse and a crazy 4-hand piano duo called whirligig that Nico will play with me.

It is my hope that this album will help advance my work as a composer and help me gain visibility in the music world as a solo artist, in addition to my work with Eighth Blackbird. 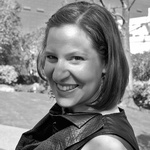 Born in Motown, Lisa Kaplan is a pianist specializing in the performance of new work by living composers. Kaplan is also the founding pianist of the four-time Grammy Award-winning sextet Eighth Blackbird. She has won numerous awards, performed all …