Undercover Episodes is a performance series with a live original score and dynamic set and stage design intended to deepen and transform one’s experience of contemporary dance. In developing this work, I realized that part of what I love most about dance is the “dancer perspective”: feeling the intensity of the gaze, the physicality and effort on stage together, and the human connections throughout. For audiences, it’s rare to access this insider view and feel of dance, but that is my hope with this series. I am seeking support to produce the next version of the Undercover Episodes, which will be performed in various unconventional venues in both Chicago and Minneapolis this year. The venues and the production design will offer a unique malleability of the traditional performer vs. audience relationship and help me explore ongoing ideas of introversion vs. extroversion in my work as a choreographer. By making a donation to this campaign, you will play an important role in creating a production that will define new physical and conceptual spaces for contemporary dance.

As director and choreographer of the Undercover Episodes, I will reunite with my core artistic team of Chicago-based musicians/composers, Verger, and Minneapolis-based Art Director, Jt Williams, with whom I originated the piece during a 2015 Princess Grace Foundation-USA Works in Progress residency at Baryshnikov Arts Center, followed by a sold out run at Links Hall in 2016. I am also thrilled to work with three new dancers, Michael Gross, Emilie Leriche, and Andrew Murdock, all of whom are highly respected and renowned artists of the dance world.

We will spend three weeks together in the studio revamping and reimagining existing material from past Episodes while continuing to generate new supplementary movement, music, and projection elements that are suited to the current artists’ individualities and collective chemistries, as well as the new performance spaces. The material we create together will be shaped into a newly realized form of the Undercover Episodes which will be presented throughout the year in Chicago and Minneapolis.

Prospective venues include such unique and unconventional performance environments as an outdoor garden in a stylish Chicago cocktail bar, a public arts space in Minneapolis, and the distinctly stunning homes of generous Undercover Episodes supporters in both respective cities. By integrating new Episodes in fresh spaces and among new players and observers, I look forward to the inevitable transformation of the work and the new channels and conversation that will originate in response.

Creating and producing the Undercover Episodes has revealed itself to be one of the most challenging yet endlessly fulfilling projects of my career. It is one that allows me to explore and communicate through the language of movement. It also gives me a sense of freedom to take the risks necessary in order to truly discover new potential directions in my work. Keeping the Undercover Episodes alive is a constant logistical and financial push but I feel passionate enough about the importance of its evolution to continue pursuing ways to make it work. I hope you will consider joining me and my team on this journey! 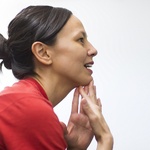 Robyn Mineko Williams danced for River North Dance Chicago and was a member of Hubbard Street Dance Chicago for twelve seasons, during which time she performed choreography by numerous renowned artists including Ohad Naharin, Jiri Kylian, William Forsythe, and Johan …