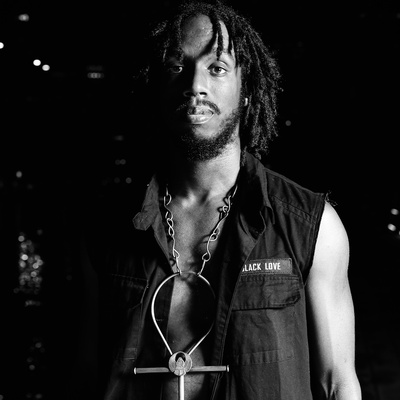 Joshua L. Ishmon is a native of Gary, Indiana. He is a 2007 graduate of the Emerson School for the Visual and Performing Arts where he also studied with Ballet Chicago and M.A.D.D. Rhythms. After completing Deeply Rooted Dance Theater’s Summer Intensive (2006-2007), Ishmon joined the theater’s second company, where he continued professional training and matriculated into the first company in 2009.

He is the Director of Deeply Rooted’s Emerging Choreographer’s Showcase and serves as Rehearsal Director and Artistic Team member of the company. Ishmon has choreographed for a multitude of programs including Deeply Rooted, Ballet Chicago, and Cerqua Rivera and served as a co-choreographer and curator for the Chicago Teen Dance Festival Showcase. In 2015, Ishmon started Production: COLORS with musical artist and composer, Sam Trump. This collaboration has presented projects to sold-out audiences at the Chicago Cultural Center and the Museum of Contemporary Art Chicago. In 2017, Ishmon was voted Best Choreographer by the Chicago Reader, listed as a “Breakout Contemporary Dance Artist” by Newcity, and became a Chicago Dancemakers Forum Lab Artist.