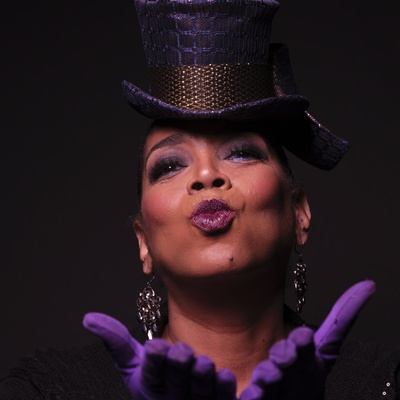 In a city brimming with classic blues and jazz voices, Lynne Jordan stands out as vocalist, bandleader, solo performer, and storyteller. Not only do her soaring vocals dip effortlessly into blues, jazz, funk, rock, and even country, but her bawdy personality wins over any crowd. Her talent so dazzled crowds at The Second City that the late film critic Roger Ebert declared her his “favorite diva.”

She has recorded with Tom Waits, the Punk group Urge Overkill, and Alligator Records Blues artist Toronzo Cannon. Jordan is included beside Taj Mahal and Etta James on Blues Down Deep, a tribute to Janis Joplin, and she performed in Jazz Operas in Europe. She is known for her one-woman show “A Great Big Diva,” is a featured vocalist with Corky Siegel’s Chamber Blues, and has traveled the world with her band Lynne Jordan & the Shivers.