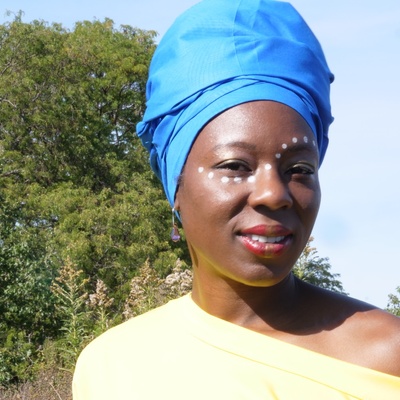 Ugochi Nwaogwugwu is a multidisciplinary creative, a professional poet and writer, internationally renowned musician, and poetry instructor and founder of Spirit Speaks, Inc. Ugochi has produced, written, and co-arranged three album projects: African Buttafly, A.S.E., and Love Shot. Her poems have been published in Storm Between Two Fingers and Too Young, Too Loud Too Different, both international anthologies released in the United Kingdom. She is also featured in Golden Shovel Anthology, released nationally in the US honoring Gwendolyn Brooks.

Ugochi has created an original pan African poetry form called #Ikepoem, paying homage to her Igbo family of Nigeria. She has written newsworthy blogs and essays including “Not My President,” published by Third World Press. Ugochi is also a playwright, activist, racial healing practitioner, and a member of the Association for the Advancement of Creative Musicians (AACM) and the Recording Academy/Grammys Chicago Chapter.