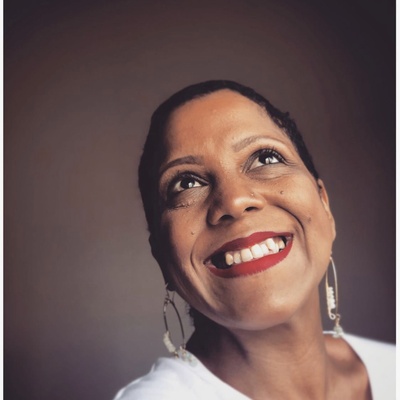 Brenda Torres-Figueroa is an interdisciplinary artist, curator, and art educator, born and raised in Puerto Rico, and working mainly in performance art, installations, and public art. In 2000 she graduated from the University of Puerto Rico, Rio Piedras, and soon after moved to Chicago to pursue her MFA from the School of the Art Institute of Chicago. Brenda is also an alum of Skowhegan School of Painting and Sculpture (2002) and has participated in collective exhibitions and performance installations in both Puerto Rico and Chicago.

Brenda temporarily returned to Puerto Rico in 2004 and served as a curator of the Museum of Contemporary Art of Santurce (2006-2008) until her permanent return to Chicago in 2008. Since then, Brenda has been devoted to her art education practice and curatorial research, raising her two daughters, and branding her designs through Freedom Effect. In 2018, as her homeland recovered from the devastation caused by Hurricane María she began the process of restaging and curating almost two decades of unedited work that questions the loss, grief, and resistance of the idea of home as contextualized through her recent exhibition series, Dressed as Home and Refuge.