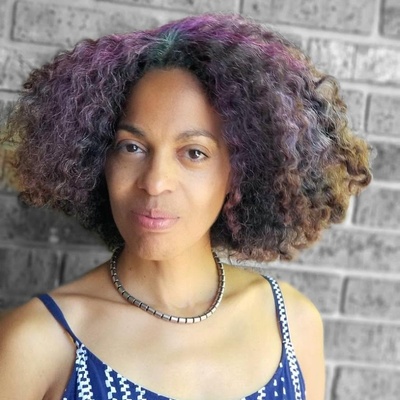 Cydney M. Lewis is a multimedia artist with a multidisciplinary and distinguished background. Her art practice highlights the transformation and manipulation of materials. Lewis considers the intersection of the natural, spiritual, and scientific worlds. She began in architecture, receiving a Bachelor of Science degree in Architectural Studies from the University of Illinois Urbana Champaign and studying at the L’ecole D’architecture des Versailles in France. Her ability to transform materials reflects her mastery of ballet as well as her endeavors in film.

Her art is held in private collections around the world and has been exhibited widely, including at the Union League Chicago, Saugatuck Center of the Arts, Hyde Park Art Center, and The Ukrainian Institute of Modern Art. Various honors have been bestowed on her, among them residencies at Tiger Strikes Asteroid (Chicago), Chicago Public Schools, and Lyseloth Musikerwohnhaus in Basel, Switzerland. Her awards include Best in Show at Governor State University and the Black Creativity/Green Art Award from the Museum of Science and Industry.