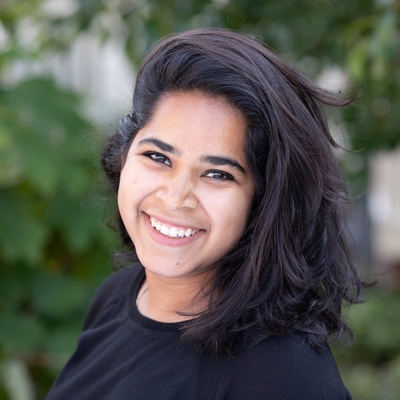 Devika Ranjan is a theater maker, ethnographer, and educator who tells stories about migration through performance, research, and advocacy. Born in Nashik, Maharashtra and raised all over the United States, Devika made her first forays on stage with jugalbandis, entwined performances of Bollywood dance and classic American musical theater to interpret her identities and cultural crossings. Since then, Devika has facilitated theater workshops internationally, specializing in devised performances about social justice issues.

As Resident Director at Albany Park Theater Project, Devika works with immigrant and first-generation teens to create ethnographic theater about community issues like family separation, deportation, and climate crisis. Devika has taught at the Theater and Performance Studies Department at Georgetown University, where she was an Inaugural Fellow at the Laboratory for Global Performance and Politics from 2017-2019. Devika is an alumna of the Georgetown University School of Foreign Service, the University of Cambridge Department of Sociology, the Royal Central School of Speech and Drama, and the Marshall Scholarship.