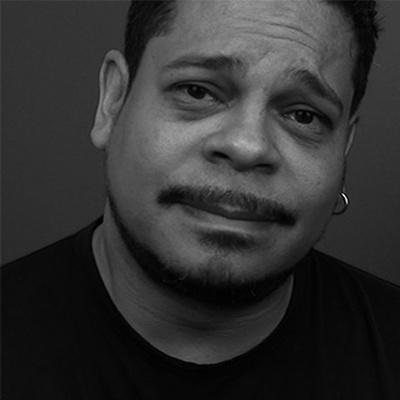 Eddie Torres co-founded Teatro Vista with Henry Godinez in 1990 and served as the company’s Artistic Director until 2013. His recent theater credits include the California premiere of Water by the Spoonful and the World Premiere of The Happiest Song Plays Last, both by Pulitzer Prize Winner Quiara Alegría Hudes, as well as MacBeth for The Public Theater’s Mobile Shakespeare Unit, and a workshop of Like They Magical for Playwrights Realm in New York City.

Torres directed the world premiere of The Elaborate Entrance of Chad Deity at Victory Gardens, which was named Best Play of 2009 by the Chicago Tribune, Chicago Sun-Times and Time Out Chicago; was a finalist for the Pulitzer Prize; and earned Joseph Jefferson Awards for Best Production and Best Director. He also directed subsequent productions at the Geffen Playhouse in Los Angeles and at Second Stage Theater in New York (Lortel Award for Outstanding Play and Obie Award for Best New American Play).

Torres received a 2010 3Arts Award and was a guest director at the 2011 Eugene O’Neill Theater Center National Playwrights Conference. As visiting Assistant Professor at Wesleyan University he directed their Fall 2015 production of Marisol by José Rivera. He is also a visiting director at The Public Theater/New York University’s RELOADED program led by Oskar Eustis and Suzanne Lori Parks. In 2016, he directed Mosque Alert by Jamil Khoury for Silk Road Rising in Chicago and is currently working on the development of the World Premiere of a musical titled La canción by Cándido Tirado with music and lyrics by Grammy Award Winner Vico C for Repertorio Español in New York City. Torres holds a Bachelor’s Degree from Roosevelt University and a Masters of Fine Arts from Columbia College in Chicago.