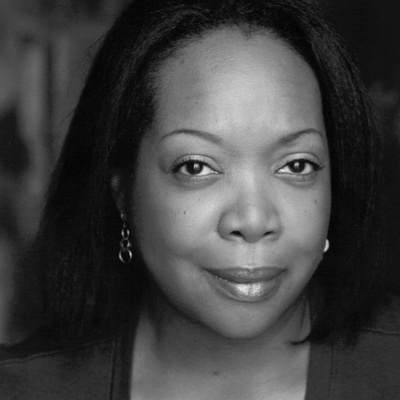 Jacqueline is a Chicago-based actor who works in theatre, film, TV, and is also a voice-over artist.  She was last seen at in HOT L BALTIMORE at Steppenwolf Theatre, where she also performed in THE BROTHER SISTER PLAYS (both directed by Tina Landau). For well over twenty years Jacqueline has performed at Goodman Theatre, most recently as Aunt Daisy in TRINITY RIVER PLAYS co-produced with Dallas Theater Center, where she performed its premiere.  Numerous Goodman credits include OO-BLA-DEE, THE STORY, BLUES FOR AN ALABAMA SKY, AMEN CORNER, MELANCTHA: EACH ONE AS SHE MAY, DREAMS OF SARAH BREEDLOVE, CROWNS, RICHARD II, SKIN OF OUR TEETH.  Jacqueline has worked on many Chicago stages.  At Court Theatre: CAROLINE, OR CHANGE, FENCES, ELECTRA (directed by Moscow Arts Theatre’s Mikhail Mokeiev), and FIRST BREEZE OF SUMMER.  At Northlight: GEE’S BEND, THE MISER, and PO’ BOY TANGO.  At Next: YELLOWMAN, and FABULATION.  She has also worked at Victory Gardens, Chicago Shakespeare, and others.

Jacqueline’s extensive regional credits include: LaJolla Playhouse, Huntington Playhouse, Hartford Stage, ACT-Seattle, Berkeley Rep, Portland Stage Co., Arena Stage, and others.  Jacqueline performed On-Broadway in Robert Falls’ Goodman production of Horton Foote’s YOUNG MAN FROM ATLANTA. She was an original member of Jonathan Wilson’s internationally acclaimed production of FROM THE MISSISSIPPI DELTA for two and a half years, which started at Northlight and played regionally before its final stretch Off-Broadway, where Oprah Winfrey joined as a producer.  Other Off-Broadway credits include THE TALENTED TENTH at MTC, and Goodman’s production of MILL FIRE.  Jacqueline also performed THE VAGINA MONOLOGUES off and on for two and a half years, raising money for women’s issues worldwide.  Tours include BORN IN THE RSA with Market Theatre of Johannesburg, and CROWNS.  Her TV credits include the cast of “Turks” for CBS, “Chicago Code,” “Prison Break,” and “Early Edition.”  Film work includes THE BREAK UP, THE LAKE HOUSE, HARDBALL, WHITE BOYZ, and the recently filmed JUST LIKE A WOMAN.  Jacqueline is also an acting coach, writer, adapter, and director.  She represented Goodman Theatre as a Lunt-Fontanne Fellow at Ten Chimneys (mentor, Shakespearean expert Barry Edelstein), and her awards and nominations include Helen Hayes, Jeff, American Arts Council, Sarah Siddons, Excellence in the Arts, Black Theatre Alliance, After Dark, and others.  Jacqueline’s greatest blessing and highest calling is being mom to daughter Kara.