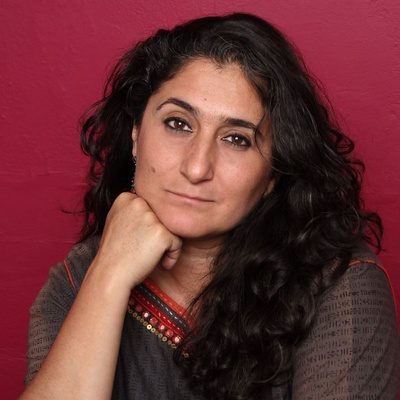 Laura Crotte, a native from Mexico City with a decade in Veracruz and residency in Chicago for 20 years, is a solo performer, theater actress, stage director, and deviser of multidisciplinary experiences in workshop, training, lecture, or performance formats. Her work with children, parents, and youngsters in arts, culture, and education has reached numerous neighborhood schools, libraries, and community centers in the Chicago area and beyond.

She has promoted, planned, and coordinated international cultural exchange programs between Chicago and seven states in Mexico. Theater, music, dance, and Mexican culture are intertwined with myths, legends, stories, masks, and costumes that she creates with textures, fabrics, materials, and colors inspired in the ancient and current native civilizations of Mexico.