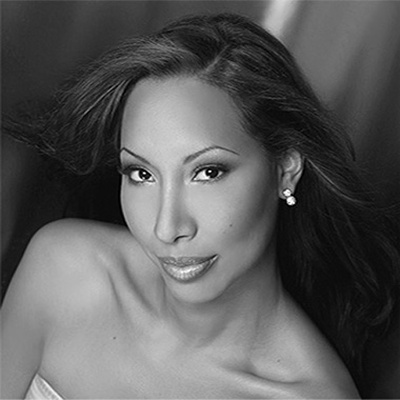 Nicole Cabell, a Decca recording artist, is fast becoming one of the most sought-after lyric sopranos of today. Her solo debut album, Soprano was named “Editor’s Choice” by Gramophone and has received an incredible amount of critical acclaim and several prestigious awards including the 2007 Georg Solti Orphée d’Or from the French Académie du Disque Lyrique and an Echo Klassik Award in Germany. Cabell regularly performs with the Metropolitan Opera, the Lyric Opera of Chicago, the Royal Opera House, Covent Garden, the Deutsche Opera, Berlin and has appeared with orchestras such as the New York Philharmonic, the Chicago Symphony, the Accademia di Santa Cecilia, the Boston Symphony, the Cleveland Orchestra, the Bayerischer Rundfunk, the BBC Symphony Orchestras in London and Edinburgh, the Orchestra of the Age of Enlightenment, the Minnesota Orchestra, the Los Angeles Philharmonic, and more. A sought-after recitalist, she has also sung recitals in New York, London, Toronto, Chicago, San Francisco, Atlanta, and Tokyo. Cabell’s awards include the 2005 Winner of the BBC Singer of the World Competition in Cardiff, first place in both the Palm Beach Opera Vocal Competition and the Women's Board of Chicago Vocal Competition, 2002 winner of the Union League's Rose M. Grundman Scholarship, and the 2002 Farwell Award with the Woman's Board of Chicago. She was a semi-finalist in the 2005 Metropolitan Opera National Council Auditions and earned first place in the American Opera Society competition in Chicago. Nicole holds a Bachelor’s Degree in Vocal Performance from the Eastman School of Music.