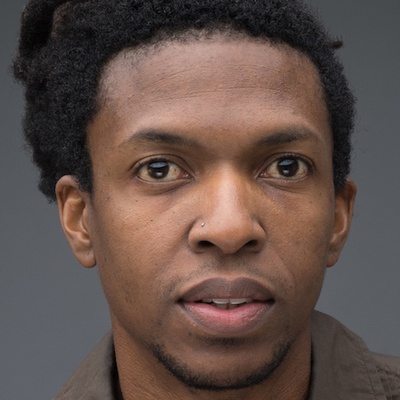 Sherwin Ovid is a visual artist born in Trinidad who earned his Bachelor of Art from the School of the Art Institute of Chicago. He was a Lincoln Fellow in 2013 at the University of Illinois Chicago (UIC) where he received his MFA. He currently teaches as an Adjunct Professor at Northwestern University and UIC. His commercial endeavors include collaborations with Lena Waithe’s Showtime drama The Chi and Jordan Peele’s Monkey Paw Studio remake of Candyman directed by Nia DaCosta.

Ovid has collaborated with Demon Leg gallery in New York and exhibited at the Chicago Cultural Center, Lubeznik Center for the Arts, University of Illinois Springfield Visual Arts Gallery, 6018North, Randy Alexander Gallery, Goldfinch Gallery, Gallery 400, Prison + Neighborhood Arts Project, University of Wisconsin, Cleve Carney Art Gallery, Julius Caesar, Haitian American Museum of Chicago, and Iceberg Projects in Evanston. Sherwin was published in New American Painters in 2016 and 2021 as a noteworthy feature and was listed as one of Newcity magazine’s “Breakout Artists” in 2020.