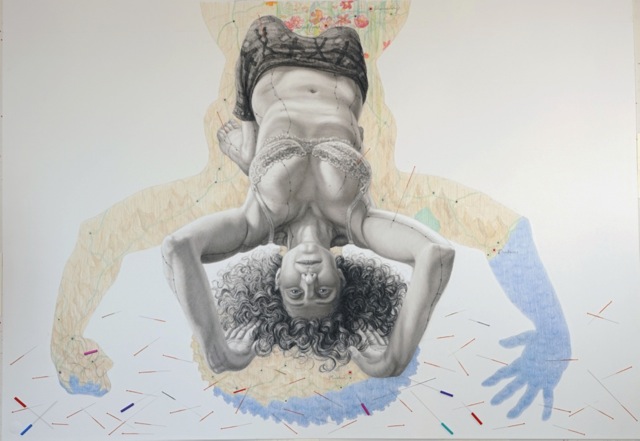 On September 3, the nonprofit organization 3Arts announced that visual artist Riva Lehrer was one of the first two recipients of a newly created artist fellowship residency at the University of Illinois at Chicago (UIC) that will support “the creation of new work by local artists with disabilities who are actively engaged in raising awareness about disability culture on and off campus.” This pilot year of the new residency has been awarded to two past 3Arts Award recipients, Lehrer and theater and performing artist Robert Schleifer. Following their time as residents, the application process will be open to qualifying artists in the Chicago metropolitan area.

Through the duration of their time as residents (varying, but about three months), the two artists will have full access to the resources available on UIC’s campus, support for completing new artistic projects and a wide range of paid opportunities for programming intended for students and faculty (such as critiques and studio visits) and the general public (such as public forums and workshops). Lehrer will be given studio space and Schleifer will have access to theater space. 3Arts has contributed $10,000 for these two fellowships, with funding tailored to the specific artists and their projects.

In an email from Lehrer, she describes the project that she will be working on during her residency, “I’m mainly going to be working on a project called ‘The Risk Pictures’ which deals with power and portraiture, its place in contemporary society, and its relationship to disability in my work.” These works intend to redistribute power and authority in the works when, after long sittings for Lehrer to draw them she leaves her subjects in her home alone to explore her space and most importantly to intervene on the artworks themselves. Eventually the drawing’s subject is offered a contract for twenty-five percent of whatever sales the work garners.

Schleifer is currently working to translate Yasmina Reza’s “Art” completely into American Sign Language and will involve the UIC community in workshops this fall. The new play will be titled “Art in ASL.” In Reza’s play from 1994, conflicts among three friends arise when one spends 200,000 francs on a sparsely white, minimal painting.

3Arts is a nonprofit arts advocacy with the mission of promoting Chicago’s women artists, artists of color and artists with disabilities who work in the performing (dance, music and theater), teaching and visual arts through funding, fellowships and professional development. 3Arts executive director Esther Grimm is quoted in the awards’ press release, “It has been so satisfying to find an institutional partner in UIC that is anything but institutional—one that is visionary, flexible, and open to the needs of individual artists, while serving as an anchor and making profound connections to people on and off campus. For the artists, can you imagine a better opportunity than to engage with UIC students, faculty, and the public, while being supported in developing new work? And this is only the beginning!”