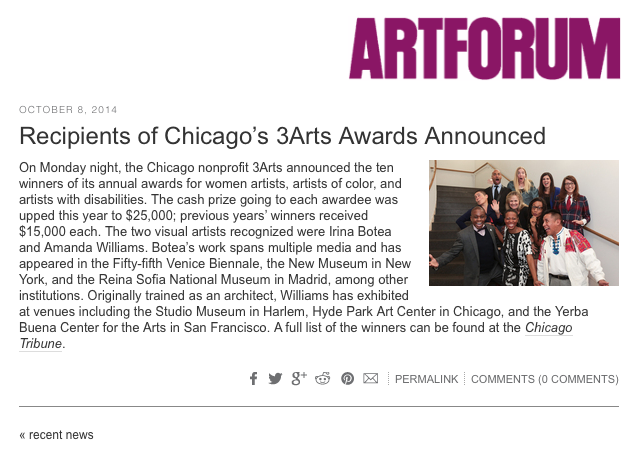 On Monday night, the Chicago nonprofit 3Arts announced the ten winners of its annual awards for women artists, artists of color, and artists with disabilities. The cash prize going to each awardee was upped this year to $25,000; previous years’ winners received $15,000 each. The two visual artists recognized were Irina Botea and Amanda Williams. Botea’s work spans multiple media and has appeared in the Fifty-fifth Venice Biennale, the New Museum in New York, and the Reina Sofia National Museum in Madrid, among other institutions. Originally trained as an architect, Williams has exhibited at venues including the Studio Museum in Harlem, Hyde Park Art Center in Chicago, and the Yerba Buena Center for the Arts in San Francisco. A full list of the winners can be found at the Chicago Tribune.