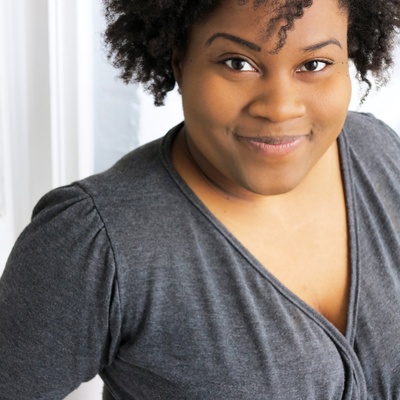 BrittneyLove Smith is currently playing the role of Prix in Eclipse Theatre's production of Breath Boom. BrittneyLove was Jane Eyre in both the original and remounted production of The Hypocrites production of You On The Moors Now. She was Bradley in American Theater Company’s Men On Boats. She will be returning to American Theatre Company in spring 2018 for their production of We’re Gonna Be Ok. She also appeared in Secretaries (About Face Theatre) and the four-time Jeff-nominated production of Charm (Northlight Theatre) at the Steppenwolf garage. BrittneyLove played Salima in the critically-acclaimed and Jeff-nominated production of Ruined (Eclipse Theatre company), earning her a Black Theater Alliance Awards nomination for Best Supporting Actor. She recently appeared in the new Nash Edgerton feature Film Gringo. You can hear her voice if you tune into the WBEZ podcast series Pleasure Town, where she is a series regular. You can also hear her as the Voice of Mona in the children’s audio book series Curiosity Chronicles.