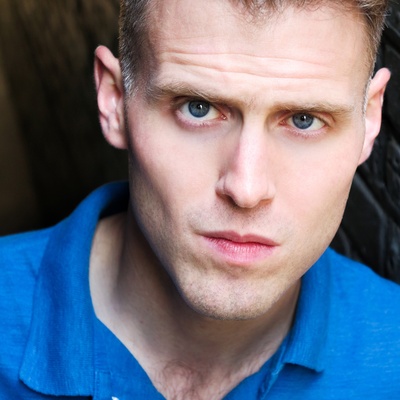 A proud ensemble member at The Gift Theatre, Jay has appeared in the world premiere of A Life Extra Ordinary, The Grapes of Wrath, Richard III, the world premiere of David Rabe’s Good for Otto, the world premiere of Mat Smart’s The Royal Society of Antarctica, Othello, Thinner Than Water, War of the Worlds, Vigils, Absolute Hell, Cloud 9, Night and Her Stars, the world premiere of Andrew Hinderaker’s Suicide, Incorporated, and One Flew Over the Cuckoo’s Nest. Recent work outside The Gift includes a public service announcement for Perkins School for the Blind (as part of the first ever blind awareness social change campaign: BlindNewWorld); a short film, Soup du Jour with Recursive Pictures; and a number of workshop readings at The John F. Kennedy Center for their VSA Program (Very Special Arts), which focuses on the disabled experience. Jay was recently the subject of a documentary, Beyond Sight, by TouchVision, which focused on his life and experience as a visually disabled actor. Jay is the director of GiftED (Gift Education), The Gift Theatre’s two-year acting sequence for Chicago-based high school students. He is a teaching artist for Actors Training Center in Wilmette, where he created and runs his own unique three-course, adult acting sequence on top of teaching countless other courses as well. Jay is a proud member of Actors Equity Association and a graduate of The School at Steppenwolf Theatre. Jay can next be seen in Harbur Gate at 16th Street Theater and the world premiere of Brett Neveu’s To Catch A Fish at TimeLine Theatre.