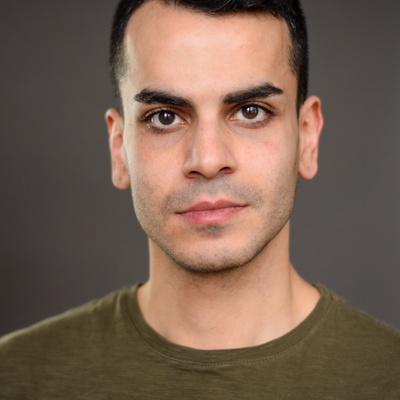 Omer Abbas Salem is a Chicago actor and playwright. As an actor, he has worked with The New Coordinates, Jackalope Theatre, Steep Theatre, Silk Road Rising, Griffin Theatre, The House, Bailiwick Chicago, Actors Theatre of Louisville, and The Atlantic Theater. His play Mosque4Mosque was developed through the National Queer Theater and chosen for further development through Steppenwolf Theatre's SCOUT Program. The Secretaries was workshopped through The New Coordinates, a semi-finalist in Definition Theatre's Amplify Commission, and developed through the Goodman Theatre's Future Labs. It will receive its world premiere in 2022 with First Floor Theatre. Pretty Shahid was commissioned as part of Jackalope Theatre's 2020/21 New Frontier Series, and Love in the Time of Jonestown was produced as a radio play by The New Coordinates.

He is a member of the 2021/22 Goodman Playwrights Unit and is the recipient of the 2021 Cunningham Commission through DePaul University. He was an apprentice of the Actors Theatre of Louisville (2017/2018) and a proud ensemble member with Steep Theatre, First Floor Theater, and The New Coordinates. He is represented by DDO Artist Agency and the Gersh Agency.