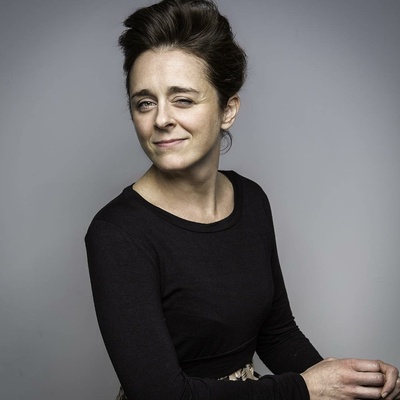 Vanessa Valliere is a performer who uses elements of clown and puppetry to create original work. She has toured nationally as a solo performer and she was part of a clown ensemble for Tour De Fat from 2011-2016. She has performed her work at the Chicago International Puppet Theater Festival (2015 & 2017) and her full-length solo shows have been presented by Pivot Arts in Chicago and DragonCon in Atlanta. Vanessa plays Ada in Ada/Ava with Manual Cinema, an internationally touring cinematic shadow puppetry company. She is one of the ensemble members of their production of The End of TV, a new work that was awarded a National Theater Project and Creation Touring Grant. Vanessa is a co-devisor and touring performer with Theater Unspeakable’s The American Revolution and she is a proud nerd-cheerleader for Mucca Pazza, a thirty-piece circus punk marching band.