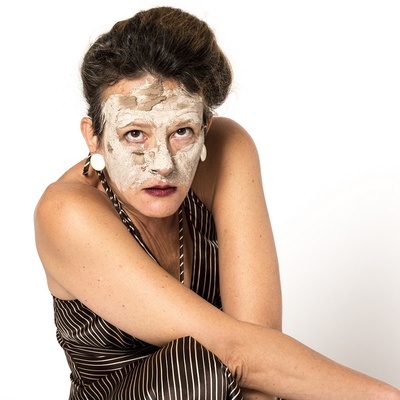 Carole McCurdy is a Chicago-based artist whose work addresses grief and anxiety, duty and resistance, and the absurd mysteries of embodiment. She received a 2016 Lab Artist award from the Chicago Dancemakers Forum and was a Fall 2016 Sponsored Artist at High Concept Laboratories. Last millennium she worked as a copy editor, but since then she’s been privileged to study with many masters of butoh, including Natsu Nakajima and Yoshito Ohno, and also with great teachers of Argentine tango. She has performed at spaces including the Chicago Cultural Center, Epiphany Dance, Links Hall, Hamlin Park, High Concept Laboratories, Defibrillator Gallery, and Movement Research (NY). In 2014 she danced under viaducts in downtown Chicago and then toured Indonesia with Nicole LeGette’s blushing poppy dance club. In 2008–09 she was awarded a six-month artistic residency at Links Hall, where she created and showed her ensemble piece Alas. For Redmoon Theater’s 2006 Twilight Orchard event in Columbus Park, McCurdy created A Cure for Scurvy, a performance installation one reviewer described as “an example of the way dread can be created virtually out of thin air.”

Carole McCurdy has crowd-funded a project with 3AP