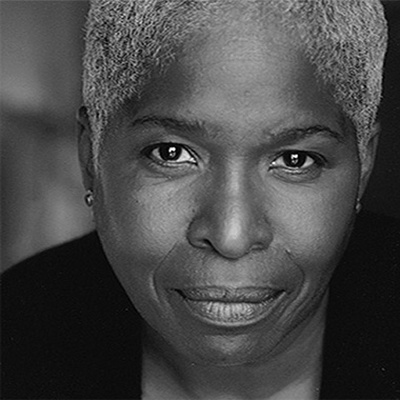 Cheryl Lynn Bruce has performed on stages across the country as well as in Europe and Mexico, and created the role of Elizabeth Sandry for Steppenwolf’s Tony Award-winning production of “The Grapes of Wrath,” adapted and directed by Frank Galati for Broadway’s Cort Theatre, Britain’s National Theatre, and La Jolla Playhouse. In 2016, she played the role of Hillary in Lucas Hnath's “Hillary and Clinton” and workshopped and performed in “The Compass,” Michael Rohd's interactive theatre piece for Steppenwolf's Theatre for Young Audiences program. She performed the lead role of Shelah in Tarell McCraney's “Head of Passes” at Steppenwolf Theatre and Berkeley Repertory. Ms. Bruce also premiered in Danai Gurira's “The Convert,” which premiered at McCarter Theatre, Goodman Theatre, and Kirk Douglas Theatre. In 2003, Ms. Bruce workshopped and premiered in “Race,” Lookingglass Theatre’s inaugural production directed by David Schwimmer and Joy Gregory. A proud company member of Teatro Vista, Ms. Bruce served as Assistant Director of “Tamer of Horses” and “A View From the Bridge.”

In 2002, her direction of Congo Square's production of “From the Mississippi Delta” won The Black Excellence Award from the African American Arts Alliance of Chicago and a Black Theatre Alliance Award.

Ms. Bruce received a 3Arts Award in 2010, a 3Arts fellowship in 2015 to attend the Robert Rauschenberg Residency, a Yale Research Residency in 2011, and a Jane Addams Hull House Association’s Woman of Valor Award in 2010.

In Spring 2007, Ms. Bruce traveled to Japan to study Bunraku puppetry for her staging of Rythm Mastr, Kerry James Marshall’s urban comic which premiered at the Wexner Center for the Arts. As a 2006 Inaugural Fellow of the Institute for the Study of Women and Gender in the Arts and Media at Columbia College Chicago, Ms. Bruce received both grant and research support.