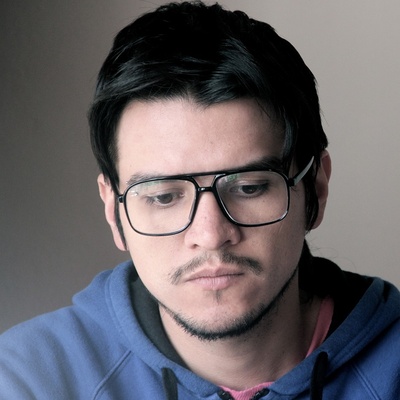 Gonzalo Escobar Mora is an artist who wants to be filmmaker, and a filmmaker who wants to be an artist. He loves this confusion. Gonzalo received a Master of Arts in Film Directing from the Sarajevo Film Academy and a Bachelor of Fine Arts from the School of the Art Institute of Chicago. His work encompasses short films, installations, video art, documentaries, film essay, animations, and more.

He questions formal definitions and narrative structures, exploring intersections between the personal and the political. He has worked on a variety of projects throughout Latin America, Europe, and the United States. As a citizen of the world, he continues exploring and stretching the aforementioned confusion.