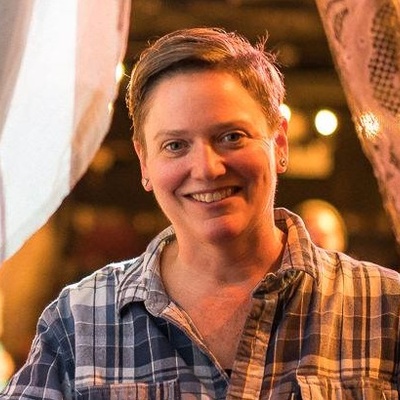 Halena Kays is a founding member of the artistic collaborative, The Ruffians, former member of the Big Apple Circus Clown Care unit, past artistic director of The Hypocrites, and former co-artistic curator for Theater on the Lake.

Halena has been nominated for Jefferson awards for Best Supporting Actress, Best Direction, and Best Production, named one of the top 50 “players” in Chicago theater by NewCity, is a recipient of the prestigious 3Arts Award, and received a signed letter from Mr. Rogers saying she was “special” in 1978. She is a UT-Austin and Northwestern grad, and assistant professor at Northwestern University. Proud member, SDC.

Halena Kays has crowd-funded a project with 3AP