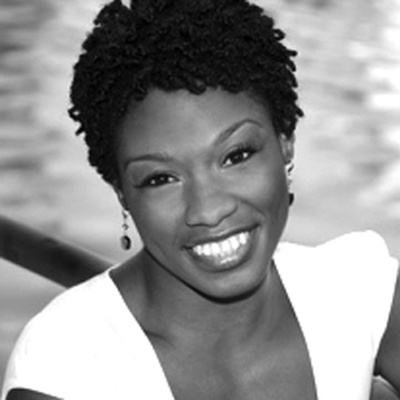 Monique Haley is a graduate of The University of the Arts in Philadelphia, PA with a Bachelor of Fine Arts degree in performing arts, specializing in jazz dance. Monique completed nine memorable years with the prestigious River North Chicago Dance Company in 2010. Her final season with the company also marked the opportunity to debut her first professional choreographic work Uhuru. She has also been a member of the Bermuda Dance Company and the Eleone Dance Theater of Philadelphia.

During her time in Chicago, Monique was a frequent teacher for the Lou Conte Dance Studio, the Visceral Dance Center, the Joffrey Academy of Dance Trainee Program, and the North Shore School of Dance. She has frequently taught her contemporary jazz classes at the River North Chicago and Inaside Dance Company Summer Intensives and choreographed for high school groups, college dancers, and professional companies. She participates yearly as part of the Chicago Dance Connection Jazz Camp Faculty during the summer.

Monique was the former dance captain/ensemble member, as well as the associate choreographer, alongside the established musical theater director, Jim Corti, for the Drury Lane Oakbrook Theater’s production of Aida. She was also the Associate Choreographer of the Paramount Theater Aurora’s inaugural production of My Fair Lady where she also played “Mrs. Potiphar” in Joseph and the Amazing Technicolor Dreamcoat under the direction of Stacey Flaster, and performed in HAIR, under the leadership of musical director/choreographer, Rachel Rockwell. Monique was also featured as “June” in the vaudeville musical Chicago, in Door County’s Peninsula Players Theater in Wisconsin. She was a featured dancer in the Andrew Lloyd Webber Musical Revue Now and Forever at the Marriott Theatre Lincolnshire, in Illinois. She continued to perform at this venue in such productions as On the Town, The King and I, and La Cage aux Folles.

Monique completed a six-month contract as a featured dancer and ensemble member in the Disney musical The Jungle Book, directed by Mary Zimmerman and the Tony Award-winning choreographer, Christopher Gattelli. Monique has choreographed for Ballet Nebraska, Cerqua Rivera Dance Theatre, Nomi Dance Company, Visceral Dance Company, The Chicago Repertory Ballet Company, as well as a collaborative work with the Chicago-based companies Muntu African Dance Company and DanceWorks Chicago. She has also created work for Marygrove College, Western Michigan University, and The University of the Arts.

In 2015, she premiered a collaborative theater/dance piece called Still Life with Drumming at the Myron S. Szold Music and Dance Hall at The Old Town School of Folk Music. Monique’s choreography has been featured in Dance for Life Chicago: the annual AIDS benefit concert. Monique was a 2012 3Arts Award recipient for her contributions in dance and choreography in the arts community of Chicago. Her work has also been recognized in articles and reviews in Dance Magazine. Monique was a guest teacher at the 2016 and 2017 ACDA East Central Conferences, as well as the annual Michigan Youth Arts Festival. She was also a teacher at the Michigan Dance Festival, where she was an invited adjudicator to award The Maggie Allesee Choreography Award, an honor that supports and cultivates innovation and excellence in choreography in the state of Michigan.

Approaching the final year of obtaining a Master of Fine Arts degree in Dance from The University of Wisconsin-Milwaukee, Monique continues to inspire and passionately educate her students as the newest dance faculty member of the Western Michigan University Department of Dance, teaching jazz dance curriculum and working with the musical theater performance students.

Monique Haley has crowd-funded a project with 3AP