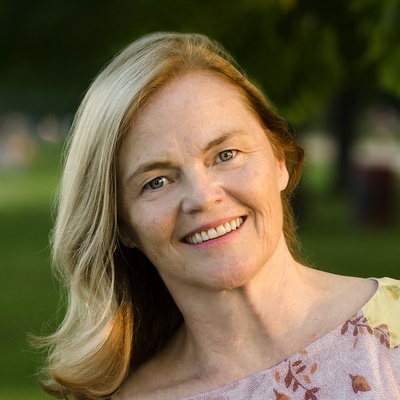 Jan Bartoszek is the founder and artistic director of Hedwig Dances, a 33 year-old, Chicago-based contemporary dance theater ensemble in residence at The Ruth Page Center for the Arts. Throughout her career, she has fostered a spirit of collaboration with other artists, merging choreography, objects, media, text, and music to create dances that resonate with complexity and depth.

Ms. Bartoszek has choreographed more than 65 dances in her career that critics have described as “intelligent, accomplished, moving” (Chicago Tribune) and “poignantly human” (Chicago Reader). These dances have been presented in national performance venues and internationally in Cuba, Mexico, Honduras, Brazil, and Canada. In 2014, she received a National Performance Network Creation Fund Grant to develop and tour Trade Winds, a dance collaboration between Hedwig Dances and the Havana-based contemporary dance company, DanzAbierta. She has garnered numerous choreography fellowships, including one from the National Endowment for the Arts and eight from the Illinois Arts Council. The Chicago Dance Coalition granted her a Ruth Page Award for Outstanding Contribution to the Dance Community for “keeping the spirit and vision of MoMing alive through her work at the Chicago Cultural Center, serving as an educator, mentor, presenter, administrator, and promoter of dance in the city with inspirational excellence.” Today’s Chicago Woman included her in “100 Women Making A Difference” for her contribution to Chicago’s cultural landscape. She was one of 12 Chicago dance artists selected to participate in the 2016-2017 Regional Dance Development Initiative sponsored by the New England Foundation for the Arts National Dance Project and the Chicago Dancemakers Forum. Her dance film, Arch of Repose, received a 2016 Emmy nomination.

Jan Bartoszek has crowd-funded a project with 3AP