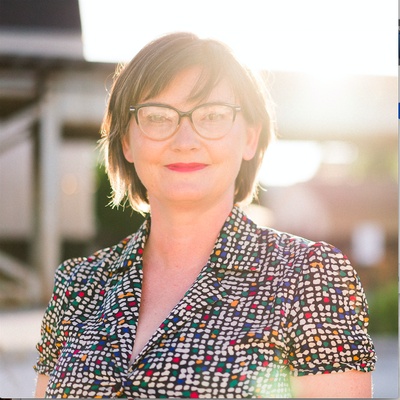 Jenni Lamb has spent the last two decades as a performer, writer, teacher, and theater maker in Chicago. She is a resident playwright at Chicago Dramatists and a former member of the Goodman Playwrights Unit. Her plays Jumble of Bones, Breaking Point, Waterway, Mother Lode, and Quiver have been featured on stages locally and nationally. Before the pandemic, she developed work in residency at Pivot Arts and Links Hall and presented readings with Project Y in New York and Flint Repertory. During the pandemic, Jenni worked on commissions for a Zoom play about science and engineering for Northwestern University and a short audio play for Flint Repertory for their summer festival. She was also a resident playwright at Northeastern Illinois University where she created a Zoom play for students about water infrastructure in Chicago.

In addition to traditional stage plays, she has created many site-specific plays with Living Room Playmakers. She also co-created Thou Proud Dream, a site-specific adaptation of Henry V which was performed on a golf course with Northwestern University. Jenni enjoys working collaboratively and has a special interest in women’s health, motherhood, and history. She holds an MFA in Writing for the Screen + Stage from Northwestern University.