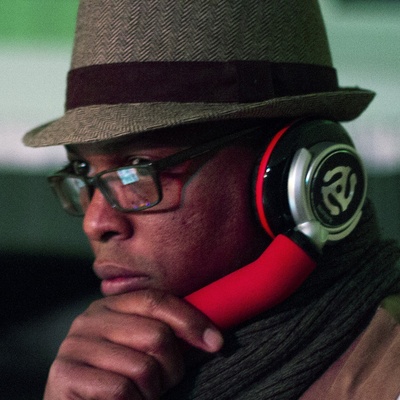 Jo de Presser (aka Marlon Billups) is a DJ, poet, and music curator and collaborator for Honey Pot Performance. Jo has been DJ’ing throughout Chicago’s House scene since 1987, starting at DiVinci Manor with promoter Quik Claude. He has DJ’ed alongside such Chicago House legends as Lil’ Louis, Farley Jackmaster Funk, Gene Hunt, Terry Hunter, and more. His works of poetry and spoken word have been published by Third World Press, Chicago State University, and Robert Morris University, among others. He has performed poetry and DJ’ed in festivals, clubs, radio stations, universities, and in various cities in the U.S. and Canada.