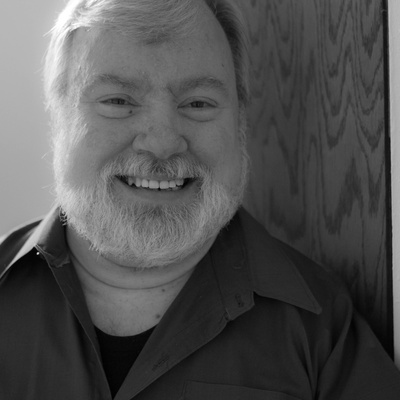 Michael Herzovi is a writer, actor, solo performer, storyteller, audiobook producer, volunteer, and activist who uses a wheelchair. His work is focused on challenging assumptions about disability. He has performed in Bodies of Work’s "Disability, Art, and Culture" Festival. His solo work shows that the similarities between the non-abled and abled (or, as he calls it, “average”) worlds are stronger than the differences.

He is also an ensemble member and mentor with Tellin’ Tales Theatre, bringing together people with and without disabilities. In 2016 he performed in "FREEDOM: Out of Order," at the Harris Theater, produced with Chicago Voices and the Lyric Opera. He was awarded a 2019 3Arts Residency Fellowship at UIC and in 2020 was named the inaugural Access Fellow with Chicago Dramatists. In all his work he tries to show “there’s more than meets the eye to living with a disability.” In 2020, Michael made his network television debut on Fox’s neXt, guest starring as Richard Pearish, founder and CEO of tech company 'BioMotion.'  He was honored to play opposite John Slattery and Fernanda Andrade under the direction of TV and filmmaker, Tim Hunter.