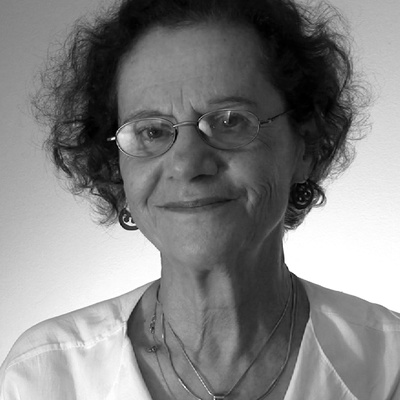 Mirtes is a visual artist, muralist, and teaching artist. She was born in Brazil and has lived in Chicago since 1981. Her studio work, through either individual or collective exhibitions, has been extensively shown in the Chicago area. She has also shown work in Mexico, Nicaragua, and Brazil.

Mirtes left Brazil for Paris as a political refugee, and her studio work reflects her lifelong concern with social justice and political discourse at both the public and private levels. She firmly believes in the capacity that art has to challenge conventions and status quo. Her current studio work has explored the changing nature of the urban landscape, and the new symbolic meanings involved in public space. During the past seven years she has documented the demolition of the Chicago Housing Authority (CHA) housing projects as an artistic reflection that translates into her artwork. As an arts educator, she has worked with numerous arts organizations, producing around 60 mosaics and painted murals and countless art residency programs for over fifty Chicago and suburban schools. Each project expands her view of the numerous possibilities of her own art and her teaching point of view.