Amok Festival '15 debuts the performance work, Amok, and a series of related events inspired by the show as part of a weekend-long festival taking place December 4-6 at Links Hall. Focusing on Indonesia, my ensemble theater piece, Amok, weaves together actors, movement, digital sound, and live Javanese gamelan music into a dynamic tapestry that investigates colonial history and the spice trade, capitalism, and geoscience—both the 1883 explosion of Krakatoa and the 2004 tsunami. Using the nightly Amok performance as its anchor, Amok Festival will present events that elaborate on the show, including a gamelan rave with electronica elements presented by Friends of the Gamelan, traditional Javanese and modern dance, Dutch-Indonesian food by chef Chris Reed, specialty cocktails, art showings, and cultural presentations. I am seeking funds to help cover the costs of this ambitious production and programming so that an audience member can see the Amok performance and also become part of a connected multifaceted experience. Join the Facebook invitation!

The historic spice trade has interested me greatly for years. I knew as I put cinnamon on my oatmeal or nutmeg in my eggnog that there was a time when the value of the spice bottle I held in my hand exceeded the cost of a car. Several years ago, through a chance viewing of a documentary, I became obsessed with the explosion of the Krakatoa volcano in 1883 in Indonesia and the epic devastation it inflicted, and then the 2004 tsunami 120 years later from the same geological phenomenon—the plate tectonics of the Java Trench. Suddenly these two interests came together: the Dutch East India Company running amok with its spice trade in Southeast Asia and the same region being upended by geological catastrophe. I knew then I had a very big project on my hands, one that would be my focus for a long time.

Originally I began developing Amok as a stand-alone performance work and it has received enthusiastic support through a 6-month residency at Links Hall, a DCASE “In the Works” residency, and grants from the Puffin Foundation and the Illinois Arts Council Agency. Over time, as I have become interested concurrently in event creation and community interaction, I see that Amok must engage an interconnected network of partners for the project to reach its full expression. The complex nature of the piece demands that an approach be taken in which the whole is greater than the sum of its parts. To that end, the Amok Festival allows the main performance work to be nestled within an intriguing assemblage of Indonesian music, food, drink, art, and science over a period of two and a half days. Your donation to this campaign will help make this festival possible by augmenting stipends for the many contributing artists, increasing production value, and strengthening promotion efforts. 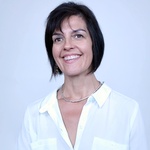