The Latest:
Emergency Resources for Artists

I plan to develop a screenplay and produce a short fictional film based on my 10-minute play “Black Girl in Bathtub,” which will stand as a creative call-to-action against the sexual exploitation of girls. It has always pained me that our adolescent black and brown girls are not just allowed to be children, and that our community and society at large have deemed them as less innocent somehow. As a society, we are prone to collectively write off teen and pre-teen girls during the most vulnerable stage in their lives. In 2015, I wrote the 10-minute play “Black Girl in Bathtub,” which takes this issue as its centerpiece. Through the eyes of Nia, the play brings to life the story of how young brown girls are treated like grown women, overly sexualized by the media and not protected by their own community. They are left struggling to define their identity and determine their self-worth in a world that objectifies and exploits them. It is an environment that at best can crush a young girl’s self-esteem if her young body doesn’t match the image projected on it, or at worst, put her at risk for abuse, assault, sex trafficking, or death. This story is still relevant and needed, even more so now with the rise of the #METOO movement. I’m grateful for the success of the play but feel that the work needs a wider and more sustained audience that film has the capacity to provide. With your help, I’ll be able to expand this work and use it to help us all take collective responsibility in creating safer spaces for girls of color.

This project is very close to me, mostly because I can identify with the young girls that I’m writing about. I was that girl—underage and trying to find myself, whether it was through makeup, grown up clothing, or attitude. I was lucky because my mother was vigilant and protective. With her help, I was able to avoid predatory advances of men up to four times my age. Unfortunately, what can happen without that help is far more common. There are countless young, innocent, pre-teen girls of color in our neighborhoods who are pursued and manipulated.

Black girl in bathtub
See Nia.
See Tasha
Tub almost full
Too late for tears
Smoked eye on Tasha
Red lip on Nia
No place for barbie dolls
No place to run
Who will save us?

As a playwright, I bring stories to life through the theater. In 2015, I wrote “Black Girl in Bathtub” and it received successful stage readings in the MUSE festival in 2017 and the Black Lives Black Words Festival in 2016. It was also selected for the anthology, “Black Lives, Black Words” published by Oberon books. I wrote the play before the #METOO movement, which has now motivated me to revive and restage it in a different form. After contacting the talented filmmaker Deidre Searcy, she has enthusiastically signed on as director and will help me develop the play into a film.

I have been fortunate to be surrounded by others who are as passionate about this project as I am. In addition to securing a director and crew, I have also received $1,500 for equipment rental, which will go a long way to minimizing our production costs. But a project like this is costly and your donations will be greatly needed and appreciated.

Contributions will go directly to the initial costs of producing a 10-minute film shot in one location over a weekend. Once the film is completed, I will have screenings and post-film discussions to raise awareness and funds for organizations that support teen girls. I plan to submit the film to festivals in Chicago and across the country.

Marsha Estell
2010 Ragdale Fellow
Marsha Estell is a resident playwright alumna at Chicago Dramatists, 2010 3Arts/Ragdale Fellow, and recipient of the Illinois Arts Council Fellowship for Playwriting. Her plays include Heat, which ... 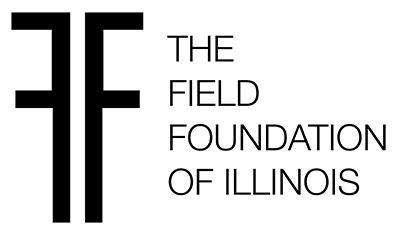