Building a Wall Through My Father

Building a Wall Through My Father is a longterm, multifaceted project that centers on the construction/destruction of a 65 foot block wall across family property in Jamaica. The construction of the wall allows me to apprentice with my father, a retired brick mason of 35 years, cementing a connection between his trade and my work as an artist. As I have worked on the large sculpture, I’ve been committed to creating other works in my studio that share the same concerns. Realizing sculptures, photographs, and videos in order to exhibit them is the next stage for me. I have taken this work and these forms as far as I can on my own, and in order to push this large-scale sculpture forward, I need support to complete the works, present exhibitions, and carry on the project with my father on-site in Jamaica.

I am an artist because my father is a mason. His trade was my first exposure to an idea of dimension, materiality, and working with one's hands. My work as an artist has been learned and is indebted to my father’s relationship to his trade. In part, the subject of this work is labor: the labor of my father and my own artistic laboring.

Building a Wall Through My Father has been underway for some time now, but I imagine my work has been leading me to it for years. As a sculptor I’ve always considered volume, scale, and how things are ordered in space. Increasingly the ideas of architecture and labor have become central concerns. It seemed totally natural to remain dedicated to those ideas while shifting the focus to something more personal. I may not have known it, but this is work that I’ve been building up to for years!

Two sculptures that I have been working on are Sandwall and Dress Rehearsal. Sandwall is a photographic series that examines the construction and inevitable degradation of structures built with materials that cannot sustain their form, ruminating on permanence and intention. Dress Rehearsal is equal in length and number of rows as the proposed wall, but not in height as the blocks are miniature. The labor to manufacture/cast each of the 2,340 cinderblocks supplants the physical manifestation of the wall. Its potentiality exists instead in the creation of the materials themselves. In this iteration, the wall will ultimately remain un-built with the blocks displayed on palettes and bound as units of material.

At the close of this project I will have gained proficiency as a brick mason and increased my own capacity in future long-term projects. The exhibitions reflect that my ambitions in scale, production, and the platforms that I seek access to are all shifting towards larger and more complex arenas. My father and I will have a deepened understanding of the ways in which his career as a mason and mine as an artist are linked.

It is critically important at this point in the process to garner support, financial and otherwise, to help me step this project up to the next plateau. My 3AP campaign supports the entire creative process, from research and development, to realization, and on to exhibition. These are the steps, and not always neatly in order, that I must go through to complete all the parts of this project. I am asking my supporters to invest in me and trust me as I work through multiple forms and ideas on the way to the project’s completion.

To reach the finish line I need to raise $5,000. Your sponsorship goes towards the practical and real costs of art making: framing, printing, materials, fabrication, and travel. Generously, 3Arts will match a third of my funding goal. Help me raise the other two thirds and a wall in Jamaica! 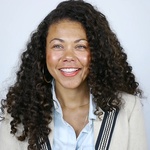 Eliza Myrie is a sculptor living and working in Chicago, IL. Her work utilizes formal modalities of sculpture, drawing, and installation. She engages figuration, modes of consumption, exchange, and dissemination. She enacts strategies of appropriation, mimesis, scale, and ground shifts. …