Ever since I was a young girl, I have been an avid fan of the Nancy Drew character and book series, which was first published in 1930. A role model who challenged many gender stereotypes of her time, Nancy was a daring, independent, and confident heroine. In many ways I was not a typical girl growing up either, but I found in her character someone I could relate to and hope to emulate. Recently, I learned more about two early writers of the series, Mildred Wirt Benson and Harriet Stratemeyer Adams, who collectively used the pen name “Carolyn Keene.” These women were also ahead of the gender norms of their times—one became a CEO and the other was an expert diver, pilot, and first female graduate in journalism at her university. As a professional painter myself, working mostly in a narrative and representational style, I want to create a new series inspired by Nancy Drew and these two authors who helped define this empowered female character. This new series of “Girl Detective” oil paintings will be an important step in my artistic practice, building on other thematic pieces I've done and offering me a chance to significantly expand my body of work. With your support, I will be able to devote the time and resources to completing this work, which already has a committed exhibition space in Spring 2016 at the Kane Space Projects.

I received my first Nancy Drew book—“Nancy’s Mysterious Letter”—when I was in the hospital for a tonsilectomy at age 8. I became hooked on reading the adventures of this independent girl who was not so different from myself, or at least who I wanted to be at age 18 (her age). Nancy Drew helped me to feel like I could be unique and different, make my own choices, and use my intelligence and skills to build expertise and gain recognition in various areas. Even as I re-read the books as an adult, I continue to be inspired. In 2010, I founded a band called Girl Detective, and one of our first songs was about Nancy, while also having some shadows of autobiography. As I delved further into the background of the character and the books, little did I know that Nancy was not fictional; she was based on the lives of the first two Nancy Drew writers, Mildred Wirt Benson and Harriet Stratemeyer Adams. These women defied gender stereotypes in their own lives and wove themselves into Nancy’s character. The result influenced generations of women to come, including myself as well as Hillary Rodham Clinton, Sandra Day O’Connor and Sonia Sotamayor, to name a few.

With this painting series, I would like to honor the inspiration of these women and the character they created. This project will be the second in a series of paintings based on a narrative. The earlier series, completed in 2014, consisted of six paintings based on the theme of Joseph Campbell’s “monomyth” (or Hero’s Journey), and was funded in part by an Individual Artist grant  from the Chicago Department of Cultural Affairs and Special Events. As I completed that series, I enjoyed the process of exploring numerous themes and using the guide of the narrative structure as a framing device. I am very excited to continue this approach, now using a subject that has been an inspiration to me since my youth.

Your support will help offset the costs associated with creating these works—purchasing oil paints, canvases, brushes, varnish, and frames—as well as helping to fund my studio space at Fulton Street Collective. Additional funds raised will go toward promotion of the solo exhibition at Kane Space Project in Spring 2016. In addition, your support will allow me to advance my career development as an emerging artist by supporting me in building my body of work. Thank you for joining me on this exciting journey! 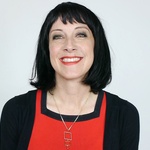 Rani Young is a Chicago-based visual artist. She captures vignettes of moments, whether real or fragments of her internal narrative. Rani is a recipient of a 2014 Individual Artist grant from the Chicago Department of Cultural Affairs and Special Events. …