Here and Now is a new series of abstract paintings I am creating as part of a solo exhibition at the Dulgar Gallery at South Suburban College in South Holland, IL. I have been developing this work for the past year, layering various mixed media such as silk and watercolor with encaustic paint on panels. In my practice, one of the most important aspects of art making is the process itself and in cultivating silence and reverence as I work. The finished pieces evolve from this silence and become a record of those moments. The imagery I create is intended to be experiential, primarily using color as a vehicle for a moment of contemplation. With your support, I will be able to complete and install this body of work and produce an exhibition—my largest to date— that immerses viewers in images that carry the effect of a fleeting experience beyond the earthly.

The title Here and Now refers to the core theme of this series in two ways: describing my own process as the works are created, and also the way in which I would like for us to experience them as finished pieces. When I remember moments in which I’ve had the most profound interactions with works of art, they are experiences with a playfulness and lightness. In many ways, I feel that I am always attempting to recreate some aspect of those moments, and record something intangible inside a physical object. I feel that this process produces works that live in an intermediate space between the outer and the inner, the seen and the unseen.

I often embed organic matter within my paintings, creating visual connections between two worlds. Because encaustic paint is built up layer upon layer, it is particularly well-suited to the atmospheres I wish to evoke. The medium itself can embody a rich, earthy, organic quality as well as an ethereal transparency and luminosity. Encaustic is an ancient medium composed of molten beeswax, oil-based pigments, and damar resin, and was used by Greek artists dating back to the 5th century B.C. It is built up by layers and fused with a torch between each one.

Producing this exhibition is a special opportunity to show a cohesive body of work in an academic gallery, in a space that suits the scale of the work and is dedicated to displaying it for several weeks. It would allow viewers to see the works in their entirety and the ways that they relate to and play off each other. This will be the largest exhibition of my work to date, with up to 15 large works and 20-30 smaller pieces. The exhibition is scheduled to open in September 2015. Some of these works will also be included in a second solo exhibition at Kemper Gallery, Illinois Institute of Technology in spring 2016.

If this project is one that resonates with you, I am extremely grateful for any support you would like to offer. 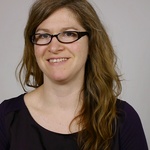 Ahavani Mullen is a visual artist who constructs paintings, sculptures and installations which have evolved from silence. She has been awarded fellowships and residencies from the Tusen Takk Foundation, the Macedonia Institute, Vermont Studio Center and Hypatia Trust. Other honors …