Reality is Not Good Enough

Reality Is Not Good Enough is a video and photography series that turns reality TV on its head, especially the shows featuring a mostly African-American female cast. Beyond a parody, this will be an artistic inquiry into the tropes of reality television that is conceptual and abstract, while also being humorous and indignant. The project involves shooting a series of “mockumentary”-style shorts that will be edited together to artfully complicate the current images of black women in mass media and entertainment. I am attempting to flip the script—literally—by reimagining narratives about excellence, mediocrity, and power using this vernacular form. This will help me occupy a new space as an artist: that of a cultural producer working in the public sphere rather than only in the rarified worlds of art and academia. Your contributions are critical to the development of this project, which in its final presentation I hope will also support other emerging artists of color and women-identified performance artists. Donations will help cover the costs of filming and production such as actor salaries, location rentals, camera equipment, lighting, and a camera operator. The final videos will become part of my first commercial gallery exhibition with Aspect/Ratio. Once the show is over, I will host discussion forums on the internet and in real life to expand the audience.

In 2012, my cousin, the founder of the non-profit Micah’s Voice, was attempting to shop a reality show featuring her, my mother, aunt and cousins living their lifestyles as philanthropists and socialites in Los Angeles. Her show was subsequently rejected due to the fact that it was not stereotypically negative, such as showing fights and other tired scenes we’ve all seen on reality TV. My family is a group of loving, smart, powerhouse women, and the fact that they were not appearing to be what networks thought they should be inspired me to create a series that questions the relationship between “reality” and stereotypes.

I am trained as a sociologist, so for the initial stages of this project in early 2015, I performed ethnographic research that required I wear a wig at all times. I’ve also done extensive research on the origin of stereotypes and black vernacular critical forms such as “hokum” and “shade” and plan to incorporate this into the series.

This project is twofold. Firstly, I will hire performance-based artists and actors to portray characters that I create (the backstage mom, the gold digger, etc.), and then I will edit the videos together to weave in humor and social critique on power and privilege. Secondly, I will make conceptual photographic portraits of the actors that I shoot for my extended project, investigating tropes of leisure and opulence.

The goals of this project are:

I am currently developing my creative team and will share progress with you, my lovely contributors, as the cast and crew are confirmed. 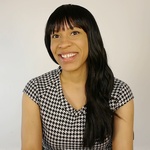 A lifelong nomad who has moved 24 times, artist/scholar Rashayla Marie Brown manages a living studio practice across an extensive list of cultural production modes. Exploiting the role of the artist as both an agent and an object of desire, …