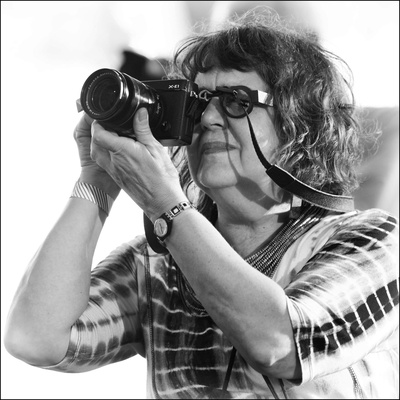 Born and raised on Chicago’s South Side, Lauren Deutsch attended Columbia College Chicago in the mid 1970s and served as Artistic Director of Photography for the city’s Artist in Residence program later that decade. She served on the Board of Directors of the Jazz Institute of Chicago for 14 years, then became the Executive Director in 1996. Her background in community organizing and the arts provided the impetus to develop programs in collaboration with a variety of small and large institutions. In 2006 she began a partnership with a cultural arts organization in Poznan, Poland to program and present a 6-concert Made in Chicago festival and was commissioned to create and exhibit her music-inspired artwork. In 2004 she was selected as one of Chicago Tribune's "Chicagoan's of the Year" for her contributions to Chicago's cultural landscape. In 2015 her artwork was included in the Museum of Contemporary Art’s Freedom Principle, an exhibition celebrating the 50th anniversary of Chicago’s Association for the Advancement of Creative Musicians (AACM) and in the same year a retrospective Lauren Deutsch: A Musical Metamorphosis: Photographs from 1979-2015 was mounted at the University of Chicago’s Reva and David Logan Center for the Arts.