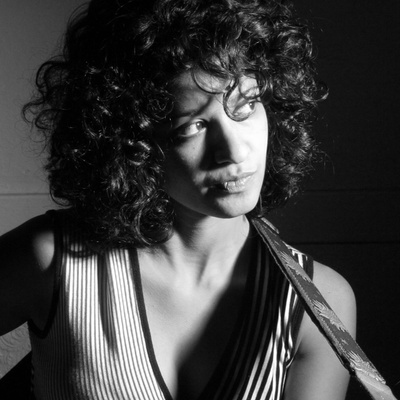 Ami is a veteran of the Chicago music scene.  Her songwriting is often described as magically surrealist in flavor and uniquely combining elements of chamber pop, blues, and gritty soul.  Before she released her first solo album, Archaeologist, Ami was the lead vocalist of pop collective Radiant Darling and R&B band Pelvic Delta, and has toured locally and regionally throughout the U.S.  A classically-trained pianist and a former music major at Indiana University, Ami also plays accordion and acoustic guitar. She currently performs live with her band, The Outcome, including Marc Piane (upright bass), Ronnie Kuller (violin), Gary Kalar, (electric guitar), Shirley Caen Rogiers (vocals), and Courtney Glascoe (vocals).  Ami and the band are in the process of recording a new album with famed producer/composer Mark Messing of Mucca Pazza/Maestro-matic productions that will be released in the spring of 2012 with a grandiose tour to follow.

Ami Saraiya has crowd-funded a project with 3AP