This project will help me collaborate with two visual artists to produce a companion stop-motion animation video for our new single "Purging."

My band and I have been very excited about collaborating with two very talented visual artists to create a stop animation video for the song "Purging" off our latest album Soundproof Box. The production of the video was put on hold due to lack of funds, but with your generous support we hope to see this project through.

In January of 2012, illustrator/designer Cassandra Mazur worked with us to create the artwork for the cover of our 7" Vinyl EP "Purging".  We talked about the idea of the song and the images that came to mind when listening to it. Definitely shadows, a vaudevillesque stage performance of the song, fire, skeletons, Triplets of Belville.  Using cut paper collage and construction paper as her medium, Cassandra illustrated a cover for the vinyl EP that depicted the mood, tone and feel of the song beautifully. After seeing the cover completed, we got ahead of ourselves into a very inspiring no holds barred disussion about the creative possibilities.  With Cassandra's craftmanship and the right stop animation artist, we could also create a stunning video for this song for to share will all of our fans. I began searching for the right animator that had the knowledge and talent and directing skills for our vision. And as luck would have it, we met Susie Kirkwood while doing our first motion music video for another single we released entitled "I'm pregnant." Susie is well known throughout Chicago circles for her wonderful stop animation work and illustrations.

By springtime, Cassandra had almost completed the characters and pieces for the animation project. Though minimal in physical materials, the creative time and effort was all consuming for Cassandra. We hit a snag with funding and had to put the production on hold because we were unable able to compensate the artists fairly for their time and effort. Unfortunately, these beautiful intricate pieces would have to forgo their animated potential and stay static for awhile. As a 3Arts Awardee I am able to participate on 3AP and I thought this would be the perfect way to make it happen.

The contributions we are seeking would go towards the illustration, animation, and production work that is necessary for this video to be completed and for the artists involved to be compensated fairly for their work. Without your support, this project cannot be completed. We appreciate your contributions and hope to share this fabulous creation that was made possible by 3AP and your donations. 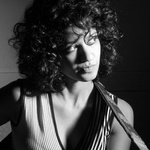 Ami is a veteran of the Chicago music scene.  Her songwriting is often described as magically surrealist in flavor and uniquely combining elements of chamber pop, blues, and gritty soul.  Before she released her first solo album, Archaeologist, Ami was …