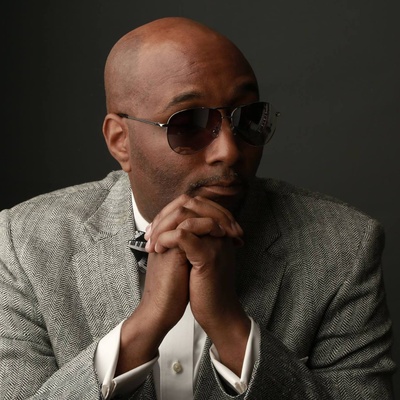 Byron Harden is the founder and owner of I See Music (ISM), a vocational school originally created to teach audio production to visually impaired individuals. Most recently, ISM also opened its doors to sighted students. In addition to a school, I See Music also houses On the Moon, a full-service recording studio.

Byron knows fully the challenges facing visually impaired individuals as he is totally blind, having lost his sight not once, but twice. Byron did not allow his lack of vision to stop him from pursuing his musical passions. He learned how to play drums and bass at an early age. His dedication to music contributed to him becoming the bassist of the indie rock group Blah Blah Blah. In addition to being a business owner and musician, he also works as a music producer and sound engineer. Byron’s trials and tribulations have motivated him to ensure that all visually impaired persons can pursue their musical dreams. By being a member of The National Federation of the Blind of Illinois, The Recording Academy, and his local Chamber of Commerce he is able to make sure their voices are heard.

Byron Harden has crowd-funded a project with 3AP