Welcome to The Family Recording for I See Music, a project that will result in a new EP of five original songs written, performed, and produced by Blind or low vision learners and instructors. With community support, we will release this new music as well as create a scholarship fund for future Blind and low vision learners.

Being a Blind audio engineer, musician, and producer, I am well aware of the technological barriers, lack of opportunity, and exclusionary nature of working in the recording industry. Despite experiencing that first-hand, I knew that technology could adapt, but that a school and a professional training ground were necessary to reach other Blind or low vision learners with a chance at this career path. In 2013 I founded I See Music (ISM), a vocational school just for that purpose. Since then, we’ve trained dozens of engineers, producers, singer-songwriters, instrumentalists, spoken word artists, Deejays, and others. But until now we’ve never recorded an I See Music album.

With this campaign, we have a chance to produce an EP of five original songs that will feature the talents of 10 learners from our program, as well as myself and others as musicians and advisors on the project. The trainees will learn what it takes to produce an EP, while also gaining exposure, resume-building potential, and collaboration skills with each other and the whole production team.

Contributions to this campaign will enable us to pay a fee to everyone involved for their time and talents, as well as instructor/advisor roles, production costs, administration, and marketing once the album is available. We will be ready to begin recording later this spring, with the goal of releasing the album in January 2023.

This project is also designed to pay it forward. Once available, copies of the album will be sold to create a scholarship fund for Blind youths who want to participate in a one-week summer camp to learn audio production and technology. The camp facilities will be donated by the San Francisco Lighthouse for the Blind located at their Enchanted Hills campgrounds in Napa, California. Children ranging from ages 13 to 17 will have an opportunity to produce, make beats, mix records, and a host of production functions instructed by the ISM premiere instructors. With this, we’ll create a pathway for the future to become brighter.

Anyone donating to this campaign will help us produce this album and create a revenue stream that will set the foundation for this future scholarship. Thank you for your support! 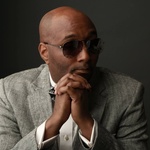 Byron Harden is the founder and owner of I See Music (ISM), a vocational school originally created to teach audio production to visually impaired individuals. Most recently, ISM also opened its doors to sighted students. In addition to a school, I …