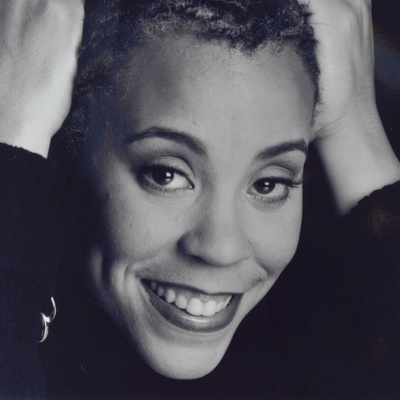 Maggie Brown is an accomplished singer, songwriter, stage director, producer, and educator. She is said to be “one of the most fiercely committed artists in Chicago” (Howard Reich, Chicago Tribune). Maggie embodies a powerful and passionate performance style, whether presenting with her trio or with Orbert Davis’ 60-piece Chicago Jazz Philharmonic Orchestra. She has recorded with Abbey Lincoln, Jonathan Butler, Ramsey Lewis, Stevie Wonder, and her legendary father, Oscar Brown, Jr. before his passing. Maggie produced a live concert recording with her father called WE’RE LIVE on her independent label, Magpie Records. It was subsequently re-released internationally and is available on iTunes.

In her hometown of Chicago, Maggie is called on to bring authenticity and integrity to whatever the job calls for by a diverse list of band leaders, including Tom Tom Washington (South Side Big Band), Joan Collaso (11 Jazzy Divas), and Earnest Dawkins Great Black Music Ensemble (AACM). Though her upbringing is rooted in jazz, Maggie is comfortable singing various genres including blues, gospel, pop, and even rapping, with impressive conviction and flow. It is hard to put Maggie's artistry into one category or genre, but easy to know you're witnessing a seasoned entertainer, not just another singer.

Maggie Brown has crowd-funded a project with 3AP